It is with profound regret that we have learned of the death of Grégory Ngbwa Mintsa, an ardent human rights defender and long-standing Sherpa partner.

Ngbwa Mintsa was a political and humanist activist who relentlessly fought injustice and impunity in Gabon. He condemned the misappropriation of public funds and supported the complaint filed by Sherpa and Transparency International as part of the Bien Mal Acquis (“ill-gotten gains”) case.

This political commitment meant that he was physically assaulted and imprisoned on several occasions, but he never wavered from his goal: social justice for all.

Today, Gabon has lost a citizen, an activist and a whistle-blower.

It is important that the work of Ngbwa Mintsa is assumed and continued by his Gabonese and international partners.

A platform has been set up for those who wish to donate to his funeral costs. 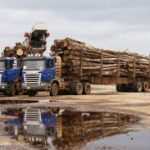