[Webinar] Asset restitutions in France: what solutions for Syria?

After a long advocacy, France has finally adopted a mechanism for the restitution of ill-gotten gains to poor populations! To celebrate the creation of this mechanism, we are organising a webinar to reflect now on concrete solutions on how to restitute stolen assets in a particularly complex environment.

Clever coincidence, the debate around the implementation in France of stolen assets restitution happen at the same time as the appeal hearing in the case initiated by Sherpa of “ill Gotten Gains” against former Syrian official Rifaat al Assad.Join our webinar to learn more about the historical landmark case against Rifaat al Assad and the crucial issue of asset restitutions.

Leading experts will provide ways forward by outlining avenues for further reflection on how to restitutes stolen assets by former vice president Rifaat Al Assad in today’s benighted Syria: how to ensure that assets are returned in the best interest of the deprived population?

Responsible for Great Corruption and Illicit Financial Flows advocacy, she works more particularly on the restitution of “ill-gotten gains”, the fight against money laundering and tax transparency. In charge of monitoring and coordinating cases of so-called “ill-gotten gains” and foreign bribery in which the association is a civil party, Sara also works on the recognition and redress of the damage suffered by victims of corruption.

Jennifer Triscone is a Legal Advisor of the International Investigation and Litigation department (IIL) of TRIAL International. Jennifer is a qualified lawyer in Switzerland. She holds a Bachelor and a Master degrees from the University of Geneva as well as a Certificate in Transnational Law. Before joining the team in 2018, Jennifer did her lawyer training in a Geneva law firm.

A legal expert specialized in international and european law, she joined Sherpa in 2018.Previously, she worked during 4 years in the field of money laundering and terrorism financing prevention for an important public institution. Prior to this experience, she worked as an analyst in the financial security sector for an investment bank and for an energy trading platform. Laura also acquired an extensive criminal litigation experience with a law firm in Paris.

Lawyer specializing in banking and financial law and PhD candidate in European law, she joined Sherpa in 2019, as legal advisor at the illicit financial flows department.After a career of nearly four years in a bank, in an asset management company as well as in international law firms in Paris and Luxembourg which allowed her to acquire a good understanding and expertise of supervision issues related to banking and finance, she started academic research on European financial law and the financial stability of the EU, and teaches European law at the university as well as at Sciences Po Paris. 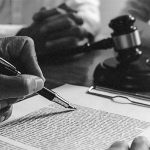 Previous Story
Off the hook? How business lobbies against liability for human rights and environmental abuses 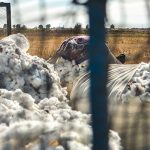 Next Story
Complaint against 4 textile giants for forced labour of Uyghurs: French justice opens an investigation for concealment of crimes against humanity