Auchan and fairwashing – Appeal juges rule in favor of the multinational : case is dismissed again

Paris, December 16, 2022, The Court of Appeal has just confirmed the decision to dismiss the case in favour of Auchan: according to them, there are no grounds for criminal proceedings against the multinational. Sherpa, ActionAid and the Collectif Ethique sur l’Etiquette had filed a complaint for deceptive marketing practices following the collapse of the Rana Plaza in 2013.

When the building collapsed in Dhaka,Bangladesh, killing more than 1,100 textile workers, labels of the brand In Extenso, a brand distributed by Auchan, were found in the rubble. Yet, in its public statements, the company prided itself on respecting workers’ rights across its entire value chain.

Faced with the flagrant difference between its declarations and the reality of the employees’ working conditions, Sherpa, ActionAid and the Collectif Ethique sur l’Etiquette filed a complaint against Auchan on 23 March 2014 for deceptive marketing practices, considering that its commercial strategy amounted to fairwashing. Following the dismissal of the case, the NGOs filed a complaint with a claim for criminal indemnification on 11 June 2015, to allow for the opening of a judicial investigation.

After an unsuccessful request for international judicial cooperation, and despite additional elements collected on site regarding the working conditions of several Auchan subcontractors in Bangladesh, the investigating judge had dismissed the case in favour of Auchan on 27 April 2022. Auchan’s statements, claiming that it used audits and requested its suppliers to commit to its code of conduct had convinced the judge that the there was no intention to deceive for the multinational.

The mere announcement of such actions is insufficient to ensure that a company has taken the appropriate measures to guarantee the absence of human and labor rights violations and has not committed deceptive marketing practices. Indeed, the conduct of social audits, if they are carried out at all, does not guarantee the detection of human rights abuses or the implementation of corrective measures, and the existence of a code of conduct does not assure that sanctions will be taken in case of violation of the code. And precisely, in this case, according to the NGOs, the corrective and sanctioning measures that could have been taken by Auchan were not.

The judges have just confirmed the dismissal order, it being precised that the motivation of the decision is not yet known. The NGOs will study the relevance of an appeal before the french Supreme Court.

“The dismissal order itself mirrored the corporate CSR culture of companies and the disproportionate and undue influence of their non-binding ‘commitments’, which offer no guarantees. The judge noted that audits had been carried out and contractual provisions had been signed without verifying the effective and efficient application of these measures. This confirmation decision reinforces our finding: it is time to stop relying on the promises of companies and to legally sanction fairwashing”.

For Nayla Ajaltouni, General Delegate of the Collectif Ethique sur l’Etiquette: “This decision shows the impunity from which transnational corporations continue to benefit, as they can still hide behind cosmetic measures or non-binding commitments in order to avoid accountability for the impact of their practices on fundamental rights. It is time to create the legal tools to stop this impunity”.

For Mehdi Achour, Director of ActionAid France : “It has been well known for a long time now that what companies present as voluntary CSR commitments offer no guarantee for human rights at all. For example, take the International Accord for Health and Safety in the Textile and Garment Industry : all it took to Auchan to escape contractual obligations was to refuse the renewal of the agreement since such choice is entirely theirs. Now we must draw the consequences of this observation: the law has to allow for an effective sanction of companies that claim to guarantee a certain ethical standard but do not take real efficient measures to do so.” 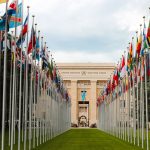 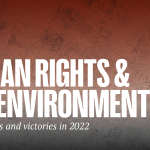 Next Story
Human rights and the environment: our progress and victories in 2022
↑
Close