BNP Paribas under investigation over role in Rwanda genocide

Please use the sharing tools found via the email icon at the top of articles. Copying articles to share with others is a breach of FT.com T&Cs and Copyright Policy. Email licensing@ft.com to buy additional rights. Subscribers may share up to 10 or 20 articles per month using the gift article service.

BNP Paribas is back in the crosshairs of the authorities, this time in France, where the public prosecutor has opened an investigation into allegations of complicity in the 1994 Rwandan genocide by France’s biggest bank.

The probe, which does not imply any guilt, will be led by three investigating magistrates after a complaint against BNP was filed this summer by three French civil society organisations, according to a spokesman for the prosecutor.

The bank is accused of transferring more than $1.3m of funds used to finance the purchase of 80 tonnes of weapons by a Rwandan general that allegedly broke a UN embargo and helped to arm the perpetrators of the country’s genocide.

In 1994, Rwanda’s Hutu majority attempted to exterminate the Tutsi minority and its moderate Hutu sympathisers, killing as many as 1m people, nearly 15 per cent of the population, in just 100 days.

BNP said in an emailed statement: “This is a mechanical and compulsory step in a complaint of this type. It is not in any way a new development. This relates to a topic which dates back to 1994.

“BNP Paribas has not received the complaint which was announced in the media. And so we have no knowledge of the substance of the complaint. Given these conditions, it is not possible for us to comment in further detail.”

The complaint against BNP was filed on June 28 by Sherpa, which defends victims of financial crime; Ibuka France, which campaigns for the victims of the Rwanda genocide, and the Collectif des Parties Civiles pour le Rwanda.

They cite evidence first reported by the UN in 1998 that linked Banque Nationale de Paris — a precursor to BNP Paribas — to two transfers worth more than $1.3m to the Swiss bank account of Willem Ehlers, a South African arms dealer.

The Paris prosecutor said that on August 22 it had opened a “judicial investigation” and appointed three investigating magistrates to look into the charges of complicity in genocide and complicity of crimes against humanity.

In France, the opening of a full-scale inquiry does not imply guilt and does not automatically lead to a trial. It does imply that investigators believe the complaint or information gleaned during initial inquiries merits further investigation.

The investigation into BNP comes three years after US regulators extracted a record $8.9bn fine and a guilty plea from the bank, finding that it broke US sanctions by processing more than $30bn of transactions for groups in Sudan, Iran and Cuba between 2002 and 2012. The bank was also given a one-year ban on clearing some dollar transactions. 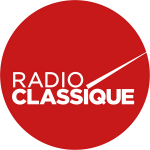