Paris/Berlin, 18 May 2022 – Today, the Investigative Chamber of the Paris Court of Appeals decided: French multinational Lafarge is facing the charge of complicity in crimes against humanity.  Lafarge, via its subsidiary, has allegedly paid up to 13 million euro to several armed groups including the Islamic State in order to keep its Syrian cement factory running. ECCHR and Sherpa, the NGOs which initiated this case, welcome this decisive ruling which confirms that a company alleged of knowingly paying several million euro to a criminal organisation, can face charges of complicity in the gravest crimes.

Today’s ruling follows the 7 September 2021 groundbreaking decision of the Cour de cassation, France’s highest court, which had clarified the legal framework under which a company may be charged with complicity in crimes against humanity. Following a complaint submitted by NGOs ECCHR, Sherpa, and 11 former Syrian Lafarge employees in 2016, this is the first time worldwide that a company, as a legal entity, is being charged with complicity in crimes against humanity. Lafarge also remains charged with deliberately endangering the lives of its Syrian employees.

Mohammad, a former employee of Lafarge Cement Syria and plaintiff in the case, reacted: “Today’s decision brings us one step closer to justice. For the sake of profits, Lafarge put me and my colleagues’ lives at risk. It is important that such big corporations see that they can be held accountable, and that power and wealth do not allow them to act without consequences.”

“This ruling should be a strong wake-up call for companies doing business in conflict zones. Companies can no longer justify their involvement in criminal actions with financial reasons. If they enable or fuel crimes – even if they only pursue commercial purposes – they might be complicit and should be held accountable”, stated Cannelle Lavite, co-director of ECCHR’s business and human rights program.

“With this decision, it becomes more difficult for big corporations to hide behind their business activities to escape liability for the gravest crimes and shift the blame for faulty actions to their foreign subsidiaries. The message to parent companies is clear: they must protect all employees in their production and value chain, including those of their foreign subsidiaries. This decision is therefore crucial in our fight for corporate liability and access to justice”, declared Sandra Cossart, Executive Director at Sherpa.

Sherpa and the European Center for Constitutional and Human Rights (ECCHR) 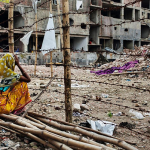 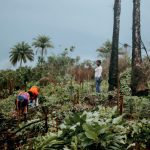