Paris, September 21, 2022 – Paris and New York officially joined the coalition of organisations and local authorities that took TotalEnergies to court for failing to fulfill its duty of vigilance in climate matters. The city of Poitiers and Amnesty International France also support this historic lawsuit.

Local authorities continue to defend themselves against those responsible for climate change.

Cities and local authorities are at the forefront of the many challenges of adapting to and mitigating the impacts of climate change. They must face rising challenges such as energy insecurity, reinforcement of financing to protect biodiversity, preventing wildfires and floods, etc.

Local authorities are also forced to bear the costs of climate inaction by the companies that emit the most greenhouse gases, such as TotalEnergies. In partnership with the NGOs which initiated the litigation against TotalEnergies (formerly Total), including Notre Affaire À Tous, the cities of New York, Paris and Poitiers have joined the coalition of local authorities and NGOs aiming to raise Total’s climate objectives.

For Anne Hidalgo, mayor of Paris, “All the signals are in the red. To get out of this and keep the increase in global temperature below 2°C, the Paris Agreement must absolutely be respected. But some people continue to think of their financial interests before the collective interest and the protection of life on Earth. With this lawsuit, we want to force a major energy player to respect the Paris Agreement. We know, in New York, in Grenoble, in Bayonne, in Poitiers, how important this case is to give hope again”

A strategy in complete contradiction with the Paris Agreement’s objectives

Considering its impact on climate change, TotalEnergies bears a particular responsibility for the climate crisis. The company is part of the top 20 fossil fuel multinational companies which have directly or indirectly emitted the most greenhouse gas emission (GES) since 1965. To this day, TotalEnergies remains responsible for approximately 1% of worldwide GES emissions, equivalent to France’s annual emissions. (1) Criticized for having historically denied climate change in France (2), TotalEnergies has recently been sued for “greenwashing” (3). In direct contradiction with its stated ambition to become “carbon neutral by 2050”,  TotalEnergies continues to research new oil and gas fields, and still devotes nearly 80% of its investments to fossil fuels development, which still account for 90% of its business.

Nearly four years after Total and its CEO Patrick Pouyanné were first called out by an unprecedented coalition of associations and local authorities, this litigation isnow supported by new local authorities and NGOs.  The claimants request that the  judge to order Total to take the necessary measures to prevent the risks arising from its activities, by drastically reduce its greenhouse gas emissions and align itself with the objectives of the Paris Agreement, in accordance with the French law of March 27, 2017 on the duty of vigilance, similar to the Shell decision in the Netherlands.

Jean-Claude Samouiller, President of Amnesty International France (AIF), said: “Climate change is an unprecedented threat to human rights, threatening the survival of humanity. Fossil fuel companies like TotalEnergies have a major responsibility towards the environment and therefore towards human rights, which is why we support the parties’ claims”.

For Notre Affaire à Tous, “If we wish to effectively follow the necessary trajectories to mitigate the impacts of climate change, fossil fuel companies such as TotalEnergies and other highly emitting multinational companies must change their business models. To ensure such a change, court injunctions,new laws and regulations, such as the current proposal for an European directive on Corporate Sustainability Due Diligence have become absolutely necessary”.

For the mayor of Poitiers, Léonore Moncond’huy: “Local authorities are on the front line when it comes to the effects of climate change: crisis management, fires, floods, sheltering the most vulnerable, drought… They are the ones who pay the financial and human cost of adaptation. The responsibility of fossil fuel producers for the situation we are experiencing in the territories is considerable.”

On 21 September 2022, a procedural hearing was held before the Paris Court of Justice, allowing to take due note of the new cities and NGO’s  interventions and clarify the next steps in the procedure. There are now 16 local authorities and 6 associations in this legal action against TotalEnergies:

(2) An article published in the Global Environmental Change academic review documents proof that Total knew very early on about climate change. It also demonstrates the different strategies the company implemented as a strategic production of doubt around climate emergency in order to prevent, through fierce lobbying, any type of regulation of their activities.

(3) On 2nd Mars 2022, Greenpeace, Notre Affaire A Tous and Friends of the Earth, supported by the NGO ClientEarth, sued TotalEnergies for misleading commercial practices, or “greenwashing”. In addition, on 28th May 2020, Notre Affaire A Tous and Sherpa reported to the French Financial Markets Authority (AMF) potential contradictions, uncertainties and omissions within financial documents, as well as in recent public communications made by the fossil fuel company in regards to climate risks. 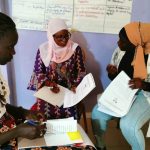 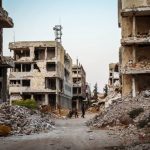 Next Story
Complaint for complicity in war crimes in Yemen: How could French arms companies be linked to the conflict in Yemen?
↑
Close