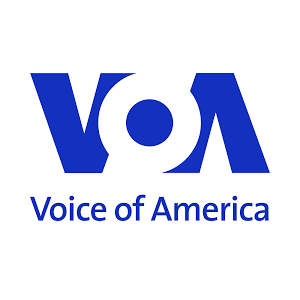 PARIS — For Sherpa, a scrappy French monitoring group that is thinly staffed, no multinational is too powerful, and no head of state untouchable as it seeks economic and social change through the courts.

It accuses a major bank of complicity in Rwanda’s genocide and a cement manufacturer of helping to finance terrorism in Syria. It has gone after African leaders, mining companies and even a supermarket chain for activities that allegedly impoverish communities and violate human rights.

“I think we are the demonstration that small is beautiful,” Sherpa’s founder, lawyer William Bourdon, said in his Paris office.

The playboy son of the country’s longtime leader, Teodoro Obiang Nguema, the younger Obiang was found guilty of using public funds to pay for a lavish lifestyle in France, including a 101-room Paris mansion and a fleet of luxury cars. He is appealing the verdict, delivered after a decade-old campaign by Sherpa and fellow nongovernmental groups to bring him to justice.

“It’s a new wind,” Bourdon said of the verdict. “What was considered absolutely unrealistic 10 or 15 years ago is now considered possible.”

Observers say the Obiang sentencing reflects a broader change in France, long accused of turning a blind eye to lavish property snapped up by African dictators and their families — and of maintaining a tangle of shadowy business and political ties with former colonies, dubbed France-Afrique.

“Teodorin is somebody who seems to be completely immune to any sort of pressure,” Human Rights Watch researcher Sarah Saadoun said of Obiang, whose opulent lifestyle sharply contrasted with the grinding poverty in his country. “Here is a case where France was able to pierce this impunity by seizing some of his assets. It’s a tremendous victory in a context where it’s very hard to have victories.”

Also groundbreaking is new French due diligence legislation that went into effect this year, forcing multinational corporations to address the impact of their actions on people and the planet. Criticized by France’s MEDEF employers group and some conservative politicians and hailed by anti-corruption groups, it is considered by some as a model for other European countries.

The legislation could help buttress Sherpa’s arguments as it goes after powerful companies.

“We have to be creative to find a legal basis” to link French multinationals to abuses allegedly committed thousands of kilometers away, said Sherpa’s litigation head, Marie-Laure Guislain. “The violations of human rights must also be really clear, like environmental damage or working conditions. And they must be very big, to affect communities as a whole.”

While some nongovernmental organizations use “name and shame” tactics against corrupt companies and wrongdoers, Sherpa’s team of lawyers and jurists, many working pro bono, argue legal tools are more sustainable.

” ‘Name and shame’ works sometimes, but not always,” Guislain said. “What we have seen so far is they are really only willing to change their practices before justice.”

In June, Sherpa and two other groups filed a complaint against BNP Paribas, alleging the French banking giant knowingly approved a $1.3 million transfer that helped arm Hutu fighters during the 1994 genocide in Rwanda.

Judges are now looking into the allegations against BNP, along with those against Swiss-French company LafargeHolcim, which Sherpa alleges made payments through intermediaries to the Islamic State group to keep its Syria plant open.

Lafarge said that an internal investigation had found “significant” errors of judgment and that it had taken measures to correct them, although it could not source who exactly received the payments; BNP did not respond to an emailed request for comment.

Not surprisingly, Sherpa has attracted its share of critics, and founder Bourdon said he had faced numerous threats.

All about attention, money

Other critics argue Sherpa’s attacks are easily and unfairly destroying the reputation of large and vulnerable companies for the sake of media attention and funds.

“They file a complaint and their objective is met,” said Jean-Pierre Versini-Campinchi, lawyer for French construction company Vinci, which sued Sherpa over its Qatar worker abuse claims. “The bigger the company, the bigger the media interest.”

Sherpa claims the contrary — that it is tilting against vastly more powerful and richer adversaries — and says that defamation suits with mounting compensation claims are attempts to silence it and other critics.

“It’s a whole strategy of intimidating NGOs,” said litigation head Guislain. “We’re lucky that we’re French lawyers, but our partners are terrified when they are attacked in French courts.” 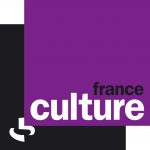