Paris, January 28, 2020 – Fourteen local authorities [1], together with the NGOs Notre Affaire à Tous, Sherpa, France Nature Environnement, Eco Maires and ZEA, are taking the oil giant Total to court, requesting that Total be ordered to take the necessary measures to drastically reduce its greenhouse gases emissions. This is the first litigation in France that aims to raise the climate ambitions of a multinational oil company.

On October 23, 2018, local authorities and NGOs challenged Total for failing to include any reference to climate change in its first vigilance plan, despite its legal obligation to take measures to prevent human rights and environmental violations resulting from its activities under the Law on the Duty of Vigilance of March 27, 2017.

Neither the publication of a second vigilance plan in May 2019 nor discussions with Total’s management (including a meeting with its Chairman and CEO, Patrick Pouyanné) have resulted in any substantial change. Total’s climate ambitions are clearly out of step with the 1.5°C trajectory, the only one that is truly consistent with the objectives of the Paris agreement [2].

After having formally served formal notice on Total on June 19, the local authorities and NGOs are now forced to take legal action. They are relying on the Law on the Duty of Vigilance, as well as on the obligation of environmental vigilance arising from the Environmental Charter.

According to Sandra Cossart, director of Sherpa, an organisation which has worked hard for the adoption of the Law on the Duty of Vigilance, “this law specifically obliges companies to prevent the risks of human rights and environmental violations caused by their activities, and to do so in an appropriate manner. Total is legally required to identify the risks resulting from its contribution to global warming and to take the necessary measures to reduce its emissions.”

Faced with the State’s inaction on climate change, the local authorities and NGOs are asking the Nanterre court to order Total, which is at the origin of around 1% of the world’s greenhouse gas emissions, to recognize the risks generated by its activities and to align itself on a trajectory compatible with limiting global warming to 1.5°C.

According to Paul Mougeolle, of the association Notre affaire à tous, “A study that we are about to publish shows that Total is among the worst performers in the CAC 40 in terms of climate impact mitigation. All the more reason to request the judge to order the French oil multinational to make its energy transition.”

According to Florence Denier Pasquier, Vice President of France Nature Environnement, “the action taken against Total is consistent with all of the legal actions already taken by FNE, both locally and nationally, against projects that undermine the climate. This litigation is a good opportunity to assess the concrete scope of the law on the duty of vigilance. Ultimately, of course, our request is that Total put an end to these climaticide activities. There is a need to move from rhetoric to action: that is the message that must be sent to this company.”

Eric Piolle, Mayor of Grenoble, adds: “In Grenoble, the consequences of climate change are already visible: by 2050, Grenoble residents will experience 3 months of heat waves a year, and snow will continue to disappear in winter. Glaciers are melting, mountains are crumbling. Because cities are on the front line, it is also through them that change must happen. On a daily basis, we are taking steps to anticipate, limit and adapt to climate change. Together, we also have a responsibility to push the biggest emitters of greenhouse gases to lead by example. We need the mobilization of everyone to take up this challenge!”

Last December, the Verdun sub-prefecture opposed the decision of Champneuville municipality to join the action against Total, illustrating the State’s complicity in climate inertia and the need to resort to justice. According to Daniel Lefort, mayor of Champneuville: “Contrary to what is mentioned in the sub-prefecture’s challenge, our deliberation is neither a militant nor a political deliberation, but a citizen’s deliberation. The action of our municipality (along with other local authorities and organisations) is to compensate for the failings of the State, which allows the biggest GHG emitters to fail in their duty of vigilance.” 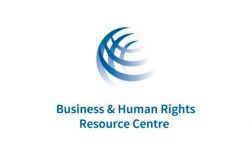