Between 2012 and 2015, Lafarge, now LafargeHolcim, owned at 98.7% a cement plant located between Raqqa and Manbij in northern Syria, managed by Lafarge Cement Syria (LCS). In 2012, when conflicts increased in the northern part of the country, Lafarge repatriated its expatriate employees but asked Syrian employees to stay and keep the plant running. During the year 2013, the conflict intensified and ISIS gained control of northern Syrian territory. The risks for employees’ lives multiplied on the roads surrounding the Lafarge plant.

In order to maintain operations at the plant LCS made arrangements with ISIS in order to maintain production, by paying for passes issued by the jihadist organization and buying raw materials necessary for cement production such as oil and pozzolana in areas under ISIS’s control. ‘They (ISIS) delivered a specific document from ISIS that enabled cement trucks from Lafarge to cross their checkpoints. At the beginning in May 2014, it was a simple note from ISIS, written by hand, where they had put the stamps of the financial department of ISIS.’ explains an employee who was working at the plant at the time.

Within a few months, Sherpa was able to draft the complaint, collect 200 documents including the witness statements of eleven former Syrian employees of the plant, and represent them as civil parties to a criminal case.

We involved ECCHR in the original complaint filed on November 15th 2016 for financing terrorism, complicity in war crimes and crimes against humanity, deliberate endangerment of people’s lives and work incompatible with human dignity. This is the first time that a lawsuit was filed on this basis against a multinational company. In March 2017, a partial admission was published by LafargeHolcim in a press release in which the company acknowledged having made payments to armed groups.

In April 2018, the internal investigation conducted by the company recognized the parent company’s involvement and top executives departures were announced. On June 9th, three investigating judges were appointed to investigate the case, Charlotte Bilger, David de Pas and Renaud Van Ruymbeke. As a civil party, Sherpa was heard and continued to provide evidences to the investigation. Sherpa also acted as a support to the former employees, by organising throughout the year hearing of several complainants by the judges, so that they could be heard and have their losses recognized, in particular through the indictment of Lafarge and its leaders on a charge of complicity in crimes against humanity and war crimes. On October 13th 2017, we sent the judges a request to hear the former French ambassadors in Syria (Gellet and Chevalier), as well as the then French Foreign Minister, so that no liability would be overlooked.

In November 2018, the investigation accelerated: Lafarge headquarters in France and Belgium were raided, and six former Lafarge executives and managers were indicted. On December 12th 2017, we organised a press conference with William Bourdon, the lawyer Marie Dosé, and Marie-Laure Guislain, head of GDH litigation in charge of drafting and following up the complaint, to denounce the Lafarge Group’s impeding of the proper conduct of the investigation and to clarify the amounts referred to in the investigation files.

At this stage of the investigation, it was estimated that more than 13 million euros was paid to armed groups. The Lafarge case has become emblematic of the fight against the impunity of multinationals, particularly in conflict zones. It will certainly establish a historic precedent. This is the first time that the executives of a CAC 40 company are investigated for activities abroad in a terrorist financing case, deliberate endangerment of their employees, and work incompatible with human dignity. Chronology of the case

January 2017. It is revealed that the French ministry of economy had filed a complaint against Lafarge in October 2016 in Paris arguing violation of an EU embargo for their activities in Syria.

April 24, 2017. Lafarge issues a public statement about its internal investigation into the Syrian affairs, acknowledging that Lafarge paid off armed groups to allow for the safe passage of its employees/trucks, using intermediaries. The cement firm claimed its employees acted in its “best interests”, but the measures were still “unacceptable” and showed “significant errors in judgement”. CEO Eric Olsen quits over the scandal.

June 9, 2017. Opening of judicial inquiry by French justice: Thee investigating judges of the Court of First Instance of PARIS – Mrs. Charlotte BILGER and Mr. Renaud VAN RUYMBEKE, in function at the Financial Center, and Mr. David DE PAS, of the anti-terrorist pole – are named by the prosecutor’s office to instruct on the facts of the complaint in particular the financing of terrorism.

October 11, 2017. Sherpa and ECCHR request for the hearing of the two former ambassadors of France in Syria and the former Minister of Foreign Affairs, Laurent Fabius, who now chairs the Constitutional Council, after revelations pointed to French ambassadors “encouraging” Lafarge executives to remain active in Syria.

November 14, 2017. Police raids Lafarge’s headquarters in Paris and Belgian holding GBL, which has a 9.4 percent stake in the cement maker, in Belgium.

December 1, 2017. Indictment of Bruno Pescheux, director of the LCS between 2008 and 2014, and his successor, Frédéric Jolibois, for “financing of terrorism”, “endangering others” and violation of the European Parliament’s embargo on Syrian oil. Jean-Claude Veillard, safety director of Lafarge, indicted for “financing terrorism” and “endangering others”. All are placed under judicial control.

December 7, 2017. Indictment of Eric Olsen, HRD and Deputy Director General, for “financing a terrorist company” and “endangering the lives of others” and placed under judicial control.

January 9, 2018. Eric Chevallier, former French ambassador, is heard as a witness by the judges following plaintiffs’ request and confronted to one of the indicted former executive, Christian Herrault.

February 26, 2018. ECCHR representatives met with investigating judge De Pas in order to provide their testimony on interest in being in the case and file five new individual testimonies (four of them are now plaintiffs, one remained anonymous).

March 27, 2018. Indictment of the former human resources director of the cement producer, Sonia Artinian, in office from September 2013 to July 2015, for “deliberately endangering the lives of others”. Sonia Artinian has also been placed under the status of “assisted witness” regarding the “financing of a terrorist enterprise”.

May 2-4 2018. Former LCS factory safety officer Jacob Waerness arrested at Roissy Airport, and later charged. He had rejected previous calls to come speak with the judges.

May 11, 2018: Sherpa and ECCHR file a memorandum to the investigating judges on the necessity of charging Lafarge as a legal person for complicity in the crimes against humanity committed by ISIS in 2013-2014.

June 28, 2018. Indictment of the legal person Lafarge for “financing of a terrorist enterprise”, “complicity in crimes against the humanity”, “violation of an embargo” and “endangering people’s lives.”. In reaction, Sherpa and ECCHR file a press release calling for Lafarge to open a compensation fund for prejudice suffered by all its previous employees, to be provided separately from the on-going case.

November 30, 2018. Yazidi victims join the case as plaintiffs, with Amal Clooney and Ben Emmerson as counsel.

Next steps to be expected: Lafarge to file an appeal against the charge it received in June for “complicity in crimes against humanity”. Parties will have a few weeks to respond to the appeal, which later can be appealed before French Supreme Court (Cour de Cassation) with a two month-timeframe for a judgement. 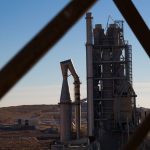