Denis Sassou Nguesso became president of the Republic of the Congo in 1997 in the wake of a coup d’état and in a context of civil war that had taken its toll, with tens of thousands of lives lost or people displaced. Disputed election results, extravagant private spending, bank accounts abroad… For several years, suspicions of corruption surrounding the Head of State and his family have been growing. Despite sizeable exports of hydrocarbons and timber, the country scores poorly on the human development index, ranking 142nd out of 187, with half its population living below the poverty line.

In 2007, Sherpa and its partners filed complaints against five foreign Heads of State, only to see the case closed a few months later. In 2008, with Sherpa’s strong support, and with a Gabonese national joining the action, a complaint with civil claimant was filed by Transparency International France before an investigating judge in Paris, against President Denis Sassou Nguesso, Omar Bongo, President of Gabon, Teodoro Obiang Nguema Mbasogo, President of Equatorial Guinea and certain members of their families.

This complaint cited several offences, particularly involving misappropriation of public funds, corruption and money laundering. Despite attempts by the public prosecution department in 2009 to seek the rejection as inadmissible of the complaint with civil claimant filed by Transparency International France, in November 2010 the French Court of Cassation (the upper-tier appeal jurisdiction) ruled as admissible the complaint filed against Denis Sassou Nguesso, Omar Bongo and Teodoro Obiang Nguema Mbasogo and certain relatives of theirs.

Franck Export, a company used in channelling funds to France

In April 2012, an investigating judge applied for an attachment order in criminal proceedings against Mrs. Danièle Mboussou Ognanosso, the wife of the President Nguesso’s nephew. She thereupon appealed against the application. The attachment application, confirmed by the Paris public prosecution department the following month, could not be enforced owing to the preliminary question of constitutionality raised by Mrs. Danièle Mboussou Ognanosso, which was referred to the Court of Cassation in November 2012.

In 2013, a second police officer joined the investigation team, facilitating a search of the Neuilly home of the president’s daughter. The investigating judges also pointed to the role of the Franck Export company, bringing to light for the first time the method of operation involving this company, and the origin of the wealth amassed in France by Denis Sassou Nguesso and his family.

When, on 8 April 2013, he was received by François Hollande on an official visit, Denis Sassou Nguesso attacked the French judicial system for unwarrantably interfering in his country’s affairs through the judicial proceedings pending. 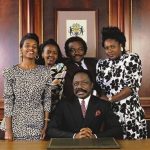 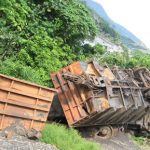 Next Story
COMILOG Faces a Group of Former Employees