LafargeHolcim, the Swiss-French cement company, on Thursday admitted “unacceptable” measures had been taken to keep its Syrian plant open, following allegations staff had dealt with armed groups during the country’s violent civil war.

Sample the FT’s top stories for a week You select the topic, we deliver the news.

The company said an internal investigation found evidence that Lafarge’s Syrian unit had paid third parties to work out arrangements with armed groups, including “sanctioned parties”, in order to maintain operations at the cement factory in 2013 and 2014.

Last November a lawsuit was filed against Lafarge in France by human rights groups, which accused the company of having “business relations” with militant group Isis in Syria, and of financing terrorism in the country.

The suit was lodged by Sherpa and the European Center for Constitutional and Human Rights, plus 11 people who were former employees of Lafarge in Syria.

The fighting raised questions about the security of the Lafarge factory and the safety of employees, and the plant was evacuated in September 2014.

LafargeHolcim said that while its investigation had uncovered payments to third parties in Syria, it could not determine “with certainty” who ultimately received the funds.

“It appears from the investigation that the local company provided funds to third parties to work out arrangements with a number of these armed groups, including sanctioned parties, in order to maintain operations and ensure safe passage of employees and supplies to and from the plant . . .

“It appears from the investigation that the local company provided funds to third parties to work out arrangements with a number of these armed groups, including sanctioned parties . . .” LafargeHolcim

“In hindsight, the measures required to continue operations at the plant were unacceptable . . . the investigation revealed significant errors of judgment that are inconsistent with the applicable code of conduct.”

The Syrian events scrutinised by LafargeHolcim happened before the company was created in 2015 through the €41bn merger of France’s Lafarge and Switzerland’s Holcim.

Paris prosecutors opened a preliminary inquiry into alleged dealings between Lafarge and sanctioned groups in Syria last October following a complaint by the French finance ministry, said two people briefed on the situation.

In Switzerland, the federal public prosecutor’s office said it was “not concerned with this matter at the moment”.

Among those currently the subject of international sanctions in Syria are influential members of the government, led by President Bashar al-Assad, but also including leading business people close to him.

Eric Olsen, LafargeHolcim chief executive, would not specify which sanctions the company was referring to in its reference to “sanctioned parties”.

He was also unable to confirm whether payments had been made by Lafarge’s Syrian unit to Isis.

LafargeHolcim declined to comment on Sherpa’s lawsuit, although last November the company said it “rejects the concept of financing of designated terrorist groups”.

Mr Olsen described the findings of the company’s internal investigation as preliminary, and said once a final report was completed, LafargeHolcim would “take all the actions necessary” against any individuals who violated its code of conduct, and measures to strengthen internal controls.

Internal procedures have been tightened at the company, including by creating an ethics, integrity and risk committee supervised by an senior executive.

LafargeHolcim said based on information available so far “there is no indication that the reported allegations are likely to have an adverse financial impact that is material to the group”.

Meanwhile, it was announced that Bruno Lafont, the group co-chairman who was chief executive of Lafarge until 2015, would not stand for re-election at the annual general meeting in May.

LafargeHolcim described the move as a “personal decision” by Mr Lafont, who could not be reached for comment.

The group reported like-for-like adjusted operating earnings of €5.8bn for last year, up 8.7 per cent compared with 2015, and in line with guidance last November of a “high single-digit” increase.

Mr Olsen said that despite initial scepticism about the merger, the integrated group had “systematically” met its targets and he expected to “accelerate delivery in 2017”. He anticipated demand in the company’s markets to increase by between 2 and 4 per cent this year.

Mr Olsen highlighted the potential for expansion in the US due to the infrastructure investment programme planned by President Donald Trump, which could include his proposed wall along the border with Mexico.

The company’s shares closed up almost 2 per cent at SFr59.10. 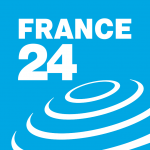 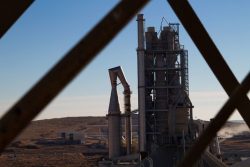