LafargeHolcim’s reputation at risk over alleged links with Isis

Business partner of Isis and financier of terrorism. It is not an accusation a leading European industrial group would welcome. But it is one that has been used to describe LafargeHolcim, the Swiss-listed cement company as it faces allegations of associating with terrorist groups in war-torn Syria.
Some of the allegations against the company, which had a plant in Jalabiya in north eastern Syria, include paying protection money to militants and have now come to the attention of French

prosecutors and human rights groups. “People reading the news today say we were an ATM for Isis, but you can’t make a judgment without looking at the context,” says Jacob Waerness, risk manager at Lafarge cement in Syria until October 2013. However, the troubles that befell the Jalabiya plant, have come back to haunt LafargeHolcim, which was formed in 2015 by the €41bn merger of Lafarge in France and Switzerland’s Holcim.

This month, the company admitted “unacceptable” measures were taken to keep the plant running as the civil war intensified in 2013 until it was finally evacuated in September 2014. Those responsible for the plant had made “significant errors of judgment”.

LafargeHolcim told the Financial Times that a report in coming weeks, compiled with law firms Baker McKenzie in Washington and Darrois Villey in Paris, would uncover “the full facts” about the plant’s operation.

The Lafarge plant near Syria’s border with Turkey was acquired in 2007 from Egyptian cement company Orascom and Min Ajl Suriya (MAS), a Syrian company owned by business tycoon Firas Tlass. Mr Tlass retained about a 1 per cent stake, according to LafargeHolcim.

From late 2012, after protests against President Bashar al-Assad had escalated into civil war and chaos, and with French nationals no longer allowed in Syria, the plant was managed remotely from Cairo.
Mr Tlass, who had defected to the Syrian opposition, also fled the country. But he continued to work on behalf of Lafarge. According to militant groups in the area, he paid the YPG, a Kurdish group that controlled the area around the plant, up to $100,000 a month in protection money.
The YPG is not listed on US or European sanctions lists, and is now the main US ground partner in its fight against Isis.
Mr Tlass’s role, however, resulted in him arranging deals with a constantly shifting constellation of militant groups. “Syria in 2012 and 2013 was a total mess.
Anyone could put a checkpoint on the road — anyone,” Mr Tlass told the FT.
Other foreign companies sold plants in Syria or simply abandoned them, including energy companies Shell and Suncor. But business at the Lafarge cement plant was bustling. “Everyone saw the Lafarge plant as the big cash cow,” says an opposition source in the area. “There was money to be made — a big demand for cement at that time.”
Producing cement was not easy, however. According to Mr Waerness, Lafarge paid €220,000 to so-called Free Syrian Army groups for the release of nine staff who were kidnapped in 2012.
LafargeHolcim said it was “aware of allegations involving kidnappings in Syria” but like other multinationals would not comment on security measures related to individuals.
Mr Waerness says Lafarge should have shut the plant in mid-2013, once militant Islamic groups were establishing a firm presence in the area.
Even before Isis encroached on the area, it appears Lafarge probably broke sanctions by making payments at regime-controlled checkpoints.
Once in control of a region, Isis deliberately sought to exploit economic assets to ensure financial self-sufficiency — rather than being financed from abroad like its predecessor al-Qaeda.
Mr Tlass said countless local intermediaries offered their services to try to secure safe passage through Isis areas — including access to pozzolana, an ingredient in cement, from Raqqa, the de facto capital of the jihadi group’s self-proclaimed caliphate — with various degrees of success.
So far, LafargeHolcim has not confirmed whether payments ended up with Isis. Nor has it said how much, if anything, senior managers — including Eric Olsen, who became chief executive in 2015 — knew about the activities of Mr Tlass, beyond pointing out that Mr Olsen was not responsible for operations in Syria.
Eric Olsen
The company said: “It would be imprudent to comment on any specific questions regarding the internal investigation until it is completed in the coming weeks.”
By September 2014, fewer than 30 employees remained at the Syrian works. Lafarge had prepared an evacuation plan and says all of the staff left safely. But Ms Guislain says: “They weren’t evacuated — the employees had to flee by themselves.”
LafargeHolcim stressed the safety of employees was “the group’s top priority”.
The company’s former risk manager Mr Waerness also points out that the livelihoods of local employees and their extended families depended on the salaries they received but asks: “Can you run a business in a chaotic region where nobody follows the rules — and still follow the rules yourself?”
Despite the exceptional conditions created by the conflict, the group’s reputation is at stake. It hangs on whether LafargeHolcim can provide satisfactory answers to how — and why — it kept operations going for so long in a region, where morals and ethics were blurred by war.
Étiquettes : financing terrorism, lafarge Dernière modification: 22 mars 2017
← 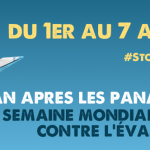 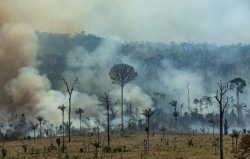