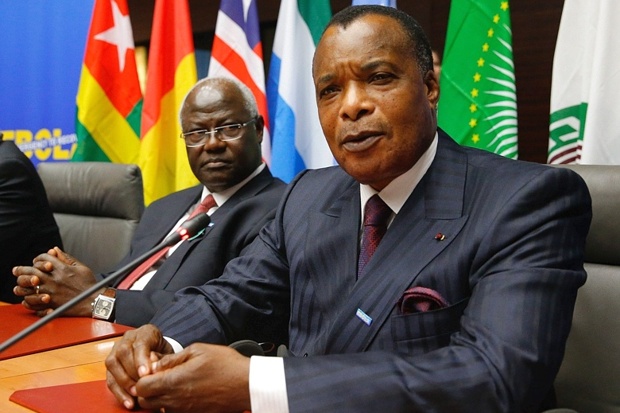 It was Bastille Day in the Republic of Congo and Total had a new contract to celebrate. The oil giant had secured a 20-year renewal on its licence to operate three offshore fields that already had produced about four million barrels of crude over a 30-year period.

To a casual observer, the formalities in July looked like any other ceremonial signing. Yet the contracts that were being signed were different. This time, at the behest of the Congolese government, local private companies were being given a slice of the action.

Total has been tight-lipped about the ownership of the private companies whose representatives signed on the dotted line in a drab conference centre in Brazzaville. That may be because one of the companies has been linked to the chairman of the national oil company, while another appears to be led by a friend of the president’s son.

The Republic of Congo, also called Congo-Brazzaville to distinguish it from the Democratic Republic of Congo, its larger neighbour, ranks among the most corrupt countries in the world, according to Transparency International’s annual rankings. Denis Sassou Nguesso, its leader since 1979, earned international infamy several years ago when his entourage settled a hotel bill in New York for several hundred thousand dollars in banknotes. President Sassou Nguesso has denied any suggestions of corruption.

Colin Tinto, a campaigner at Global Witness, said: “While the real owners of companies profiting from Congo’s oil, gas and minerals remain murky, the suspicion that officials are giving licences to their own front companies will linger on. Worryingly, new laws give officials greater rein to decide which companies will benefit. The Congolese government must reform these laws and reveal who really owns these companies.”

Little is known of the three private companies that together have a stake of 25 per cent in three Total offshore fields that produce about 20,000 barrels a day. One of them is Africa Oil and Gas Company, which was founded by Denis Gokana, the chairman of the national oil company and a confidant of Mr Sassou Nguesso.

_The Times _reported in April how AOGC had become a partner of Eni, the huge oil producer 30 per cent-owned by the Italian state. AOGC was denounced as a “sham” company controlled by Mr Gokana in a High Court judgment in 2005. Eni is also the junior partner to the French Total in the three oilfields whose contracts were renewed on July 14.

Another of the three local companies to have taken the stakes in the oilfields is Kontinent Congo. It is the local affiliate of Kontinent LLC, a company set up in the United States by Yaya Moussa, a Cameroonian former International Monetary Fund executive who forged relationships with Mr Sassou Nguesso’s government during a posting in Brazzaville.

Dr Moussa still enjoys cordial relations with the regime. An Africa-focused television station set up by Dr Moussa featured a half-hour interview with “His Excellency Denis Sassou Nguesso” among its first big features when it began a year ago.

A spokesman for Total declined to name the ultimate shareholders of its new partners, who it said had been selected by the Congolese government.
Total said: “Consistent with its policies and practices, Total undertook efforts — including due diligence — to assess the involvement of these companies in future operations relating to the fields.

“Among the steps taken were efforts to identify the ultimately beneficial owners of each Congolese company. Through these efforts, Total has gained comfort that it could proceed with the relationship as structured in these circumstances.”

A spokeswoman for Eni said: “We carried out an anti-bribery due diligence on the partners designated by the government. Such due diligence did not identify matters of concern in that respect, also considering the overall aspects of the transaction.”

Neither Kontinent LLC or AOGC replied to a request for comment.

Last modified: 18 December 2019
← Previous Story
Open letter to Mr. Eydoux, President of the National Bar Council on a resolution of 29 and 30 May on the diligence of multinationals.
→

Next Story
Duty of care of multinationals: Attempt by the Senate rapporteur to obstruct democratic debate and bury the law.
↑
Close