Opening of a judicial investigation in Paris in the SAMSUNG case

Opening of a judicial investigation in Paris in the SAMSUNG case

Paris, November 14, 2018 – As a judicial investigation was launched in France, Samsung has recognized exposing its workers to toxic chemicals without adequately protecting and informing them about the toxicity of products handled in its Korean factories.

This news could influence the future judicial investigation. An investigating judge was nominated following the complaint filed on June 25, 2018, for misleading commercial practices by Sherpa and ActionAid Peuples-Solidaires against Samsung Electronics France, and its South Korean parent company, Samsung Electronics Co., Ltd.​​​​ Civil parties were heard in the course of the investigation on October 16 by Mr. Van Ryumbeke, the Dean of investigating judges at the Paris TGI (Tribunal de Grande Instance).

The mediation panel set up to propose a compensation for ill workers and the legal successors of deceased workers gave out its decision on November, 1. This historical decision puts an end to more than a decade-long dispute between the company, ill workers and family members of former employees now deceased.

Samsung was asked to pay up to 150 million won (116 324 euros) for each employee suffering from work-related diseases, the mediation committee led by a former supreme justice said in a statement.

All former and current Samsung employees as well as the company’s contractors who worked at Samsung’s semiconductor and display production plants for more than one year since 1984 are eligible to be compensated for their illnesses. The majority of eligible employees are women below 30 years old. At least 200 workers are concerned, among which 70 of them have died subsequently[1].

This mediation taking place between Samsung and SHARPS, a Korean NGO representing sickened workers and their families since 2007 was welcomed by the UN expert on toxics and human rights[2]. SHARPS has accepted to put an end to the three-year long demonstrations and sit-ins taking place 24/7 in front of Samsung’s headquarters initiated after the company had unilaterally terminated the first mediation process.

« More than ever, the discrepancy between the reality of working conditions of employees, their serious illnesses, the deaths of former workers and the ethical engagement of SAMSUNG must be sanctioned by the French justice. We welcome the opening of the judicial investigation by Judge Renaud van Ruymbeke in front of the Paris court. » said Marie-Laure Guislain, head of Litigation at Sherpa.

[1] According to the last survey made by SHARPS, which only includes victims identified by the NGO.

More information on the case : https://www.asso-sherpa.org/samsung-sherpa-and-actionaid-france-file-a-second-lawsuit-following-the-closing-of-the-case-by-the-public-prosecutor

Previous Story
Malta Files: call for an investigation to the Attorney General of Malta
→ 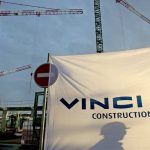