Paris, November 9, 2022 – Sherpa and Friends of the Earth France, supported by the  Environmental Investigation Agency (EIA-US), take legal action against the company Perenco S.A. over pollution associated with the group’s oil activities in the Democratic Republic of Congo (DRC). This is the first case seeking to hold a French company liable in order to repair the environmental damages occurring abroad [1].

This legal action is the result of several years of investigation, in cooperation with the Congolese civil society and follows an initial “pre-trial” action aimed at lifting the veil on the company’s corporate opacity [2].

Perenco is a multinational corporation specialized in the operation of end-of-life oil wells. Although little known to the general public, numerous reports denounce serious environmental and human rights violations in the various countries where the group operates.

The opacity of the group makes it  extremely difficult to access information about its organization and operation, in particular with respect to the links between the French company Perenco S.A. and other Perenco companies operating abroad. However, according to Sherpa and Friends of the Earth France’s investigations, the French company Perenco S.A. seems to play a central role within the corporate group and to be involved in oil activities carried out in the DRC.

Pollution associated with oil activities in the DRC

As the sole  oil operator present in DRC, the Perenco group operates through several subsidiaries in the coastal region of Muanda that harbors a rich biodiversity, especially in the natural reserve of the Mangrove Marine Park (‘Parc Marin des Mangroves’).

Illegal gas flaring, old pipelines crossing rivers, poor maintenance of oil installations resulting in frequent spills of crude oil into the environment, incineration and landfill of oil waste without prior treatment:  numerous reports denounce practices that are particularly dangerous for the environment and the health of local communities.

Several scientific studies, as well as investigations from Congolese and international CSOs (RENAD, CEPECO, CCFD-Terre Solidaire etc. ) and even a report from the Congolese Senate inquiry committee reveal chronic water, air and soil pollution. According to these different sources, the pollution associated with oil activities impact ecosystems and the resources available for the communities whose livelihood mainly depend on agriculture.

Today, Friends of the Earth France and Sherpa are filing a lawsuit against Perenco S.A. before the Paris Civil Court. They are asking that Perenco S.A. be ordered to remedy the environmental damages caused in the DRC, under its civil liability. The CSOs claim that the French company has not taken the necessary measures to prevent and put an end to the environmental harms, even though it had the capacity to intervene and claimed to have put into place a corporate social responsibility (CSR) policy covering its overseas activities. Our organizations also ask the Court to order the company to take measures to end the environmental harms and to prevent any future damages to the environment.

Sandra Cossart, Executive Director of Sherpa, explains: “The Perenco case is emblematic of the impunity of corporate groups whose activities negatively impact the environment and the rights of communities. In Muanda, according to numerous sources, air, water and soil pollution affect the living conditions of communities. It is now up to the Court to determine the liability of the French company, taking into account notably its so-called environmental commitments”.

Juliette Renaud, Senior campaigner at Friends of the Earth France, added: “For too long, the multinational corporation Perenco has used its opacity to escape from its own liability. Nonetheless, our investigations show that the French company Perenco S.A. seems to play a major role in the formulation  and execution of decisions that resulted in these environmental harms. We hope that this legal action will cast some light on the reality of the catastrophic impacts of the group’s oil activities and that it will force Perenco to repair the ecological disaster in the DRC.”

[1] Recognised by French jurisprudence since 2012, the legal concept of ecological damage was introduced into the Civil Code by the “biodiversity” law in 2016. It is defined as any ” non-negligible impairment of the elements or functions of ecosystems or to the collective benefits derived by mankind from the environment” – Article 1247.

[2] For more information about this first legal action, see Friends of the Earth France and Sherpa’s press release. 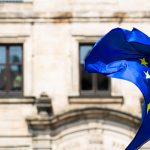 Previous Story
Focus on: Can the proposed European Directive on the Duty of Vigilance close the corporate accountability gap?
→ 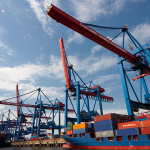 Next Story
Corruption in Togo: next step in judicial proceedings in the Bolloré case
↑
Close