Facts: President of the Gabonese Republic between 1967 and 2009, Omar Bongo Ondimba ruled Gabon continuously against a background of suspected corruption. His name and that of his wife Edith Bongo appeared several times in cases of illicit financial flows between 1997 and 2009, while the country, rich in natural resources such as oil and timber, ranks 119th out of 189 in the Human Development Index in 2019.

His son Ali Bongo, who succeeded him in 2009, is also strongly suspected of corruption, notably in the United States.

May 2007 and July 2008: NGO’s Sherpa, Survie, and the Federation of Congolese of the Diaspora file a complaint before the Office of the Public Prosecutor of Paris providing documented evidences of the alleged misdoings of five foreign heads of state, including Omar Bongo, pointing out prima facie evidences supporting suspicions of misappropriation of public funds, as well as evidences showing the potencial existence of illicit financial flows to France through investments.

2 December 2008: Transparency International France (TIF) and a national Gabonese a complaint accompanied by criminal indemnification (partie civile), triggering the opining of a judicial investigation on three foreign heads of state, including Omar Bongo, as well as certain people in their entourage.

31 January 2012: The Public Prosecutor ordered a supplementary indictment for charges of money laundering and concealment of goods of illegal origin in order to expand the jurisdiction of the investigating judges. [1]

In 2013 – Investigation unveiled new elements on thenumerous real estate properties owned by the Bongo family in France for an estimated minimum amount of 21 million euros.

22 April 2016: Real estate in Paris and Nice belonging to the family of Gabonese President Ali Bongo -the son of Omar Bongo- are seized. Two flats in Paris in the name of Antoinette Sassou Nguesso, the wife of the Congolese president, are also confiscated.

In 2017: End of the investigation into the Gabonese section of the ill-gotten gains, no member of the Bongo clan is indicted.

However, three directors of an alleged front company were indicted by the French justice system on suspicion of having laundered public money embezzled by the former leader of Gabon by purchasing real estate and movable property in France on behalf of Omar Bongo.

11 May 2021- BNP Paribas was indicted for “laundering of corruption and embezzlement of public funds” as a result of the investigation into the French assets of the family of the late Gabonese president.

This indictment shows the role of European actors: The plundering of resources in Africa is made possible in part by the intervention of legal and financial intermediaries in France and Europe, which make it possible to set up the operations that are at the root of the investigation.

It is essential that the restitution of ill-gotten assets is accompanied by guarantees of transparency, accountability, etc. in order to benefit the local populations that are victims of its misappropriation.

→ Read our advocacy and proposals.

Today – Sherpa is focusing its efforts to ensure that France has a clear mechanism for returning the proceeds of corruption to the countries that are victims of it. A bill, including a provision on the allocation of assets resulting from foreign bribery, is currently being examined by the assemblies.

[1] Reminder: The investigating judge may make enquiries solely through an indictment from the Public Prosecutor.  The indictment may be filed against a named or unnamed person.

When facts not considered in the indictment are brought to the attention of the investigating judge, he or she must immediately give the complaints or reports establishing these facts to the Public Prosecutor.

The Public Prosecutor may then: call for the investigating judge, through a supplementary indictment, to provide information on these new facts; call for a new investigation to be opened; refer the case to trial; order an inquiry; decide to close the case or carry out one of the measures provided for in Articles 41-1 through 41-3; or transmit the complaints or reports to the Public Prosecutor who is territorially competent. 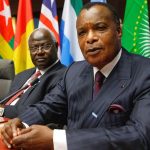