Fact : In 1970, Hafez Al-Assad led a coup d’état to seize power and remained in power until his death in 2000. He was succeeded by his son Bachar Al-Assad who continued the authoritarian regime, based on a system combining corruption and nepotism, enabling Hafez Al-Assad’s brother, Rifaat Al-Assad, in 1971, former vice president of Syria and head of the Defense Companies (Saraya al-Difa) [1]. to accumulate wealth. Exiled in 1984 after trying to overthrow his brother’s regime, he found shelter in France and received the highest decoration of merit despite the suspicions on his alleged role in the massacre of Hama perpetrated in Syria in 1982.

13 September 2013 – Sherpa and TIF filed complaint with the Public Prosecutor against Rifaat Al-Assad and against X for concealment of stolen assets, corruption and aggravated money-laundering by organised group.

30 September 2013 – Opening of a preliminary investigation by the public prosecutor’s office.

2015 – A judicial investigation was opened at Sherpa’s initiative.

28 June 2016 – Rifaat al-Assad is indicted and his assets in France  amounting to up to 90 million Euros seized by French authorities.

17 June 2020 – Rifaat Al-Assad is sentenced to 4 years in prison and the confiscation of all his assets in French territory, for (among other offences) laundering by an organised gang of misappropriation of public funds.

February 2021 – Trial International and Sherpa requested the withdrawal of the Legion of Honour from Rifaat Al Assad, a distinction that awarded by President Mitterrand for his services rendered to French diplomacy in the Middle East.

9 September 2021: The Paris court of appeal confirmed the condemnation decision rendered in first instance in 2020

Today – Sherpa is focusing on how the misappropriated and confiscated assets should be returned to the populations of the states of origin. Our work against economic crimes must enable victims to have effective access to justice.

Our fight against illicit financial flows (corruption, money laundering, tax evasion) aims to establish the legal basis for the state and civil society to regain control of its natural resources and public decisions, so that they are directed towards the public interest.

The Rifaat Al-Assad case may well bear witness to this since, in parallel with the BMA cases, Rifaat al-Assad is the subject of a criminal investigation in Switzerland following a complaint lodged by Trial International for his alleged involvement in the Hama massacre in February 1982. 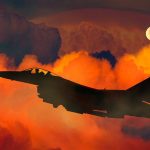 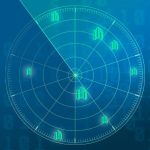