Rwandan Genocide: Sherpa, the CPCR and Ibuka France initiate a legal proceeding against BNP Paribas on the basis of complicity with a genocide, crimes against humanity and war crimes. 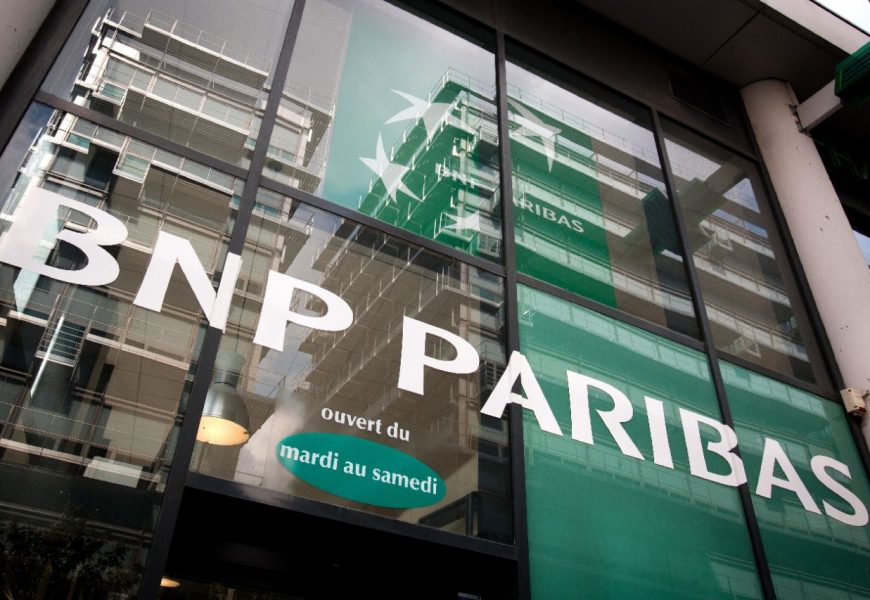 The associations Sherpa, the Collective of Rwandan Civil Parties (CPCR) and Ibuka France launched a complaint against BNP Paribas on the basis of complicity in genocide, crime against humanity and war crimes. The bank would have agreed to transfer in June 1994, one month after the UN had voted an arms’ embargo and during the genocide, 1.3 million dollars from an account of its client, the National Rwandan Bank (BNR in French) to the Swiss account of an arms’ South African dealer, Mr Ehlers.

Mr. Ehlers would have then gone to the Seychelles with a Hutu colonel Mr Théoneste Bagosora to agree upon the sale of eighty tons of arms, on June 17th, which would then have been transported to Gisenyi (Rwanda) via Goma (Zaire). During his audition in front of the International Criminal Tribunal for Rwanda (ICTR), the colonel Bagosora confirmed that weapons coming from the Seychelles via Goma served to “give a hand to Kigali”[1].

Further, the Brussels Lambert Bank (BBL in French) had refused the request to use the funds of the Commercial Bank of Rwanda (BCR in French) refusing to violate the embargo. According to the testimony of a person posted by the BBL in Rwanda, the banking sector, who already was under the obligation to inquire that its clients explain the destination of the funds under unusual circumstances, knew “the Rwandan government had a crucial need for fund […] it was clear for everyone that they had to buy weapons and ammunition. The Rwanda was under an embargo”. According to him, The BNP would have been the only bank who had agreed to provide financial resources to Rwanda. 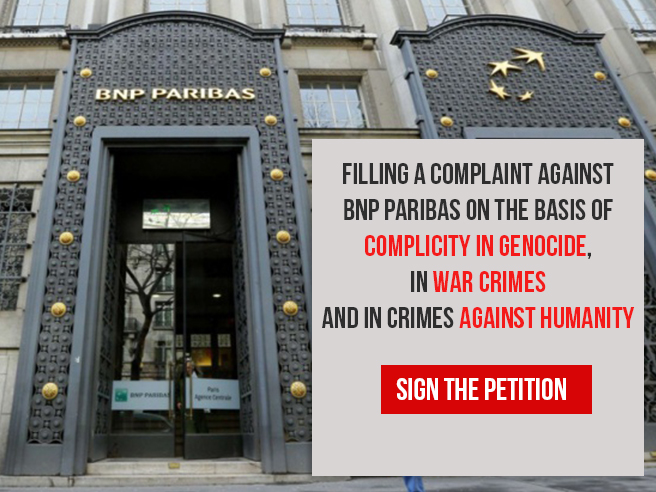 Thus, according to the number of testimonies and investigation reports, such as the UN International Investigation Commission, the proceeding would prove that the BNP knew necessarily the destination of the funds and knew it could contribute to the genocide that was being committed.

This is the first time such a complaint is initiated against a bank in France on such a legal basis. If the facts were to be proven, it would highlight the potential responsibility of investors in armed conflicts and more generally in serious violation of human rights. “The duty of care as adopted on the 21st of February 2017, as applied to financial institutions, should prevent their implication in such violations” declares Sandra Cossart, Program Director at Sherpa. Previous Story
Rwandan Genocide: Sherpa, the CPCR and Ibuka France launched a complaint against BNP Paribas on the basis of complicity in a genocide, in crimes against humanity and in war crimes.
→ 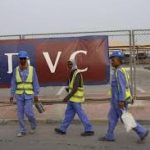 Next Story
SLAPPs brought by VINCI against Sherpa: A New Victory
↑
Close