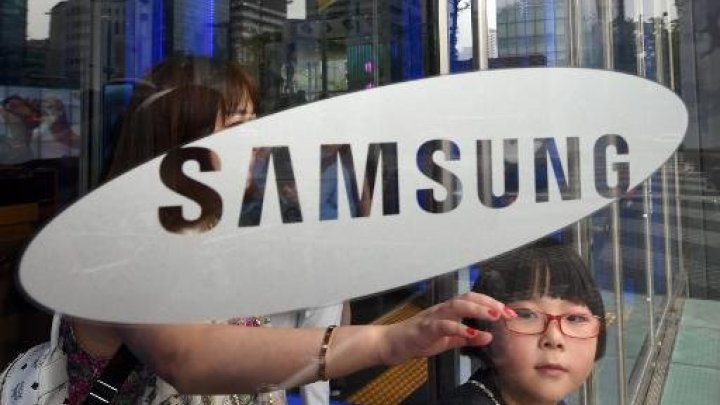 The unprecedented expansion of telecommunications, the Internet and social networks is accompanied by a real boom in equipment and electronic gadgets. However, the conditions of production of this equipment, from one end to the other of the «value chains» and the fate of the workers on electronic production lines concentrated in the Asian countries, particularly in China, do not necessarily respect fundamental rights.

The SAMSUNG group is part of one of the major conglomerates in South Korea, the world leader in mobile phones and television screens, generating a total income that is equivalent to 20% of the South Korean gross domestic product.

SAMSUNG France boasts of having adopted ethical commitments that are widely disseminated on the Internet, where it claims to be able to contribute to a «better world» by being a «socially responsible» company. The ethical standards of the company are affirmed without ambiguity and are incorporated by two Codes of Conduct, which are themselves strengthened by the Reports on Sustainable Development.

Samsung prides itself on having adopted ethical commitments which are widely disseminated on the internet where it claims it can contribute to creating “a better world”. However, the NGO China Labor Watch, after investigations of employees infiltrated into the plants, published reports dating from as early as 2012 denouncing numerous violations of the fundamental rights of workers in their plants in China: child labour, undignified conditions, lack of safety measures.

China Labor Watch, a Chinese non-governmental organisation, has been active since the beginning of the 2000s and is dedicated to monitoring the working conditions of workers in China. Between August and December 2012, it carried out eleven field investigations at different factories manufacturing Samsung products by infiltrating some of its members.

The reports on the investigations denounced:

– The presence of children among recruited staff; – Frequent, systematic, unpaid additional working hours: up to 150 additional hours per month, seven days a week, with working days from 14 to 15 hours;

– The absence of adequate safety measures for workers forced to carry out dangerous tasks without any adequate protection;

– Compulsory work practices, as well as regular moral pressure and physical violence on the part of the employers.

An attack on the fundamental rights of workers

Thanks to this evidence, the associations Sherpa, Peuples Solidaires and Indecosa-CGT submitted a complaint on 26 February 2013 to the public prosecutor’s office of Bobigny against the company Samsung France, denouncing deceptive business practices. Samsung France was accused of having breached its ethical commitments based on the working conditions in the factories of its sub-contractors in China and thus of misleading French consumers, who were ever more aware of respect for fundamental workers’ rights as well as environmental preservation.

On 8 July 2013, the Prosector of the Republic decided to open a preliminary investigation and that several witnesses should be heard in 2014 in the framework of that investigation.

For the first time in France, a major brand was being brought to account on the basis of deceptive business practices, with the denunciation of the violation of human rights for which it was responsible abroad. This basis, which does not allow for the indemnification of the victims, could prove to be effective in efforts to counter the impunity of multinationals, while awaiting the efforts of Sherpa and its partners to bring about a reform of the French liability regime. This case is about rejecting the great discrepancy made by the multinationals between the ethical standards from which they gain an economic advantage and conduct that goes against the fundamental rights of workers.

After a dismissal without further action of the complaint filed by Sherpa in February 2015, the association, in partnership with the Indecosa-CGT, summoned Samsung France and Samsung Electronics World to appear before the Court of Bobigny for deceptive marketing practices on December 17, 2015. After a first complaint on these grounds, which, as for Auchan, enabled us to circumvent the existing legal obstacles in terms of the liability of multinationals, Sherpa used the private prosecution procedure for the first time, giving direct access to the court, judging that it held sufficient evidence to dispense with an investigation. Sherpa attached new reports by China Labor Watch that corroborate the facts already denounced in its initial reports.

The implication of the Korean parent company, another addition to the initial complaint, prevents the French subsidiary from denying all liability with respect to its head office (the main argument of Samsung France after analysis of the investigation report).

For the first time in France, a multinational has been brought before a court on the grounds of misleading commercial practices to denounce the violation of human rights of which it is responsible abroad. In this case it consists of imposing sanctions on the large gap between the ethical standards that multinationals boast of and their own commitments. This case enabled the use of «soft law» tools in «hard law» procedures and demonstrates that soft law alone is insufficient to prevent serious violations of human rights by multinationals. Finally, as these
grounds do not provide compensation for the victims, it demonstrates the need to adopt the law on the duty of care of multinationals all along their chain of production, which would imply a remedy for the damages suffered by the victims.

In 2017, we continued to collect data with our partners. We will file a new complaint in 2018. It will respond to the two main arguments put forward by Samsung France. First, by targeting the Korean parent company, the French subsidiary will no longer be able to hide behind the argument that the ethical commitments are made by the Korean parent company, and do not bind the French establishment. Secondly, it will be less and less plausible for Samsung to argue that ethical commitments cannot be qualified as commercial practices, i.e. sales arguments, considering the increased importance given by consumers to companies’ ethic.

26 February 2013 – Complaint submitted by Sherpa, Peuples Solidaires and Indecosa-CGT against SAMSUNG FRANCE and against X before the Prosecutor of the Republic at the Tribunal de grand instance (Superior Court), which took until 26 May to reach its decision.

6 May 2013 – Letter from Sherpa to the Prosecutor of the Republic in order to find out whether a preliminary investigation would be opened. Sherpa had already made several attempts in vain to make contact.

18 June 2013 – Letter from William Bourdon to the Prosecutor to request confirmation of the imminent opening of a preliminary investigation.

8 July 2013 – The Prosecutor of the Republic decided to open a preliminary investigation.

August to December 2013 – Exchanges between different associations in order to convene a hearing of foreign witnesses in France. The police captain in charge of the case, Ms HERICOTTE-POTIRON, should audition members of CHINA LABOR WATCH by video-conference in February 2014.

December 3, 2014 – The Public Prosecutor decided to dismiss the complaint after an investigation limited to the French territory: hearing of the legal director of SAMSUNG France, some research on the SAMSUNG France Internet site, interview with the director of the «Department for the Protection of Populations» of SAMSUNG. Of course, Sherpa considered the investigation to be insufficient.

March 6, 2018 – Dismissal of the case by the Public prosecutor

June 25, 2018 –  Sherpa and ACTIONAID France file a lawsuit with criminal indemnification in front of an investigating judge in the Paris court 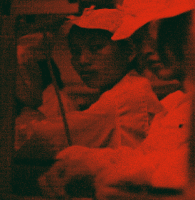