Victory over the transnational corporation Perenco: a step forward in the fight against opacity and for access to justice

Paris, 10 March 2022 – Yesterday, the Court of cassation (French supreme court) ruled in favour of Sherpa and Friends of the Earth France in their legal dispute with Perenco, a too little known oil transnational corporation. The civil society organisations (CSOs) had requested access to internal documents held by Perenco France, to determine its role in activities denounced as harmful to the environment in the Democratic Republic of Congo. The Court ruled that the possibility for the CSOs to file this case was to be decided according to French law, and not foreign law. Welcomed by Sherpa and Friends of the Earth France, this ruling has the merit of not further hindering access to evidence for CSOs wishing to take legal action against transnational corporations.

Perenco is an oil company owned by one of the wealthiest families in France: the Perrodos. Specialised in the optimisation of previously exploited oil wells, it is increasingly present in Africa. As the only oil operator present in DRC, Perenco has been denounced in numerous reports, investigations and calls by the Congolese Senate, local and international CSOs for serious environmental and health violations.
Sherpa and Friends of the Earth France have been willing to take legal action to determine Perenco’s responsibility for the pollution they have denounced, and to obtain compensation if applicable. Given the opacity of the operations and corporate structure of the oil company, they have initiated an action using a specific tool (Article 145 of the French Code of Civil Procedure) to obtain more evidence of the link between Perenco France and the companies operating locally in DRC. In 2019, they had obtained a decision authorising them to have evidence seized from the premises of Perenco France, but the transnational refused to execute it. The CSOs then renewed their request and, faced with the refusal of the first judges and those of the court of appeal, they appealed to the Court of cassation.

Perenco argued that the admissibility of the organisations’ legal action before the French judge had to be decided according to Congolese law, which could have prevented them from accessing the evidence requested. For the CSOs, it was instead to be decided according to French law, which explicitly allows action for compensation for ecological damage. The Court of cassation ruled in favour of the CSOs.

For the CSOs, it is reassuring that the Court of cassation has rejected Perenco’s restrictive approach, which defended its economic interests to the detriment of environmental protection.

Sandra Cossart, Executive Director of Sherpa, explains: “We are relieved that the Court has not made it more difficult for civil society to fight human rights violations and environmental harms in court. This is a key decision: it sets a precedent that facilitates access to evidence for civil society organisations when damage occurs abroad.”

Juliette Renaud, Senior campaigner at Friends of the Earth France, added: “Even if there is still a long way to go to obtain justice and reparation from Perenco, this victory in the Court of cassation is another step in the fight against the impunity of transnational corporations. It serves to dissuade companies who use opacity to escape justice. This is also an important victory in a context where the possibility for civil society organisations to take legal action to defend fundamental causes is weakened by other judicial and political decisions in France.” 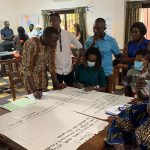