Violation of workers’ rights at Samsung: NGOs barred from court

Paris, April 8th,2021 – NGOs Sherpa and ActionAid France’s claim against Samsung France on the ground of deceptive marketing practices was declared inadmissible, and the indictment of the company annulled. This decision comes in an increasingly restrictive context for the actions of associations fighting against corporate impunity. Sherpa and ActionAid France are blowing the whistle, and have lodged an appeal before the French Supreme Court.

In this case, Samsung argued that the NGOs did not have the approval by the Ministry of Justice that is required to file a complaint on the ground of deceptive marketing practices. The multinational company concluded that the complaint was to be declared inadmissible, and that the whole proceeding was to be retroactively annulled. ActionAid France and Sherpa, on the contrary, consider that the absence of such ministerial approval does not affect the admissibility of their complaint. They were not followed.

Samsung is suspected of having breached its public ethical commitments on workers’ rights in its factories in China, Korea and Vietnam, according to several investigation reports published by China Labor Watch, SHARPS[1] and CGFED[2]. The NGOs have denounced and investigated serious violations of fundamental rights in these countries, which particularly affect women: abusive working hours, working and housing conditions that are incompatible with human dignity, employment of children under the age of 16, and endangerment of workers.

For ActionAid France and Sherpa, taking credit for ethical commitments and not respecting them amounts to deceptive marketing practices in the sense of criminal consumer law. After a long legal battle initiated by the two NGOs in 2013, Samsung Electronics France was charged on this basis in 2019[3]. More than twenty years after Nike was convicted in the United States for failing to comply with its code of conduct, this was the first time in France that it was recognized that a company’s ethical promises could constitute commercial practices, making these commitments legally binding. The NGOs’ claim has been declared inadmissible, and the indictment has been annulled. But the two organisations have lodged an appeal before the French Supreme Court.

Samsung France had a turnover of 2.8 billion euros in 2019[4]. Factory workers in Asia are, as for them, usually paid less than 200 euros per month to assemble around 1600 phones per day.

“Behind Samsung’s commitments in France lies a company whose activity is claimed to cause cancers, deaths and to be encouraged by illegal labor union suppression in its Korean factories,” said Lee Sang Soo, Supporters for the Health and Rights of Workers in the Semiconductor Industry (SHARPS) in Seoul. He indicates : “We have observed that the company still refuses to disclose health and safety information essential for the protection of its own workforce.”[5]

Sandra Cossart, Executive Director at Sherpa, explains: “Difficulties in renewing approvals by the Ministry of Justice, strict caselaw on the admissibility of civil action, a bill limiting freedom of association: this decision comes in a particularly alarming legal context, in which associations’ actions are increasingly curtailed while they are essential in a democratic State and must be protected. ».

For Chloé Stevenson, campaign manager at ActionAid France – Peuples Solidaires : “Consumers should not be made complicit in possible human rights violations without their knowledge. There is an urgent need to regulate the activity of multinationals; notably by extending at the European level the pioneering law on the duty of vigilance, adopted in France in 2017“.

The NGOs are however pleased that UFC-Que Choisir, a mainstream consumer association which has the official approval, took a legal initiative against Samsung France on the same grounds last september[6]. The association also reports suspicions of Uyghur forced labor in Chinese production chains.

Samsung’s legal saga of alleged deceptive marketing practices is therefore not over.

[1] Supporters for the Health and Rights of Workers in the Semiconductor Industry, Corea

[2] Research Centre for Gender, Family and Environment in Development, Vietnam 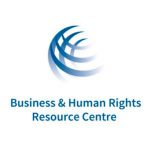 Previous Story
First court decision in the climate litigation against Total: A promising interpretation of the French Duty of Vigilance Law

Next Story
Forced labor of Uyghurs: filing of a complaint in France against multinationals for concealment of forced labor and crimes against humanity*