PRESS RELEASE OF THE NGO ProDESC

The Zapotec community of Unión Hidalgo in the state of Oaxaca, supported by the NGO Project of Economic, Social and Cultural Rights (ProDESC A.C.), filed a complaint to the National Contact Point (NCP) in France, an intermediary instance of the Organisation for Economic Co-operation and Development (OECD). The objective is to report that the activities of the transnational company Electricité De France (EDF Group) could be violating their human rights.

Since the beginnings of 2017, the Zapotec indigenous community of Unión Hidalgo has been gathering evidence on the possible construction of the wind park “Gunaá Sicarú” on their land and territory by Eólica de Oaxaca, S.A.P.I de C.V., a subsidiary of the transnational company EDF. In the following months, the community witnessed the progress and development of this project without the Mexican State consulting them in order to obtain their consent, and without the company involving them in the planning of the park. The community notes that these behaviours alone are human rights violations, specially to their right to free, prior and informed consent according to 169 ILO convention; however, they are also conditions that are probable to cause other negative effects on the community and defenders of land and territory.

For this reason, the community decided to file a complaint with the NCP in France today. It is expected that the NCP, in its faculty as mediating instance, is made aware of the possible human rights violations by the transnational French company in Mexico; that it calls EDF to compliance with its responsibility to create mechanisms for dialogue with the community; and that it prevents corporate action that is contrary to the OECD Guidelines for Multinational Enterprises. The complaint also points out the behaviour of the EDF Group’s subsidiaries in Mexico: EDF EN México, S. de R.L. de C.V. (EDF EN México) and Eólica de Oaxaca, S.A.P.I. de C.V. (Eólica de Oaxaca).

In accordance with the OECD Guidelines, to which the French State committed itself, the companies shall, amongst other things, respect the internationally recognized human rights of persons affected by their actions; implement due diligence based on risks; facilitate real possibilities for participation of interested parties in the planning and decision-making related to projects and other activities that are susceptible to significantly influence the local populations; and abstain from any kind of undue interference in the local political activities.

The complaint was signed by the Communal Assembly’s representative, Oscar Marín, and the indigenous community defender Guadalupe Ramírez, in representation of the Community of Unión Hidalgo.

This legal action follows the various lawsuits for protection (amparos) that the indigenous community, supported by ProDESC, has filed since 2017 because of the Mexican authorities’ actions and omissions, with the aim of: 1) demanding information on the development of the project “Gunaá Sicarú”; 2) reporting the authorization of permits that lacked compliance with international standards; 3) and reporting the omission of carrying out an indigenous consultation and obtaining the free, prior, and informed consent for the construction of the park.

It is very important to emphasize the urgency of creating effective mechanisms for demanding and defending the community’s human rights, and for implementing the due diligence of the EDF Group S.A., also taking into account that it is a multinational company, founded by the French government for the generation, transmission, and distribution of electricity.

The project “Gunaá Sicarú” would be the fourth wind park of EDF in Mexico, and the 24th wind park that is constructed in the region Istmo de Tehuantepec. The great majority of these projects were executed with grave omissions by the companies and the Mexican State, which caused serious implications for the communities and human rights defenders. The community underlines that the observed omissions in this wind project are not isolated, but part of a repeated behaviour that should be modified internally within the companies.

The complainants are concerned about recent critical voices concerning the ineffectiveness of the NCP’s performance under its mandate to further the effectiveness of the OECD Guidelines and to contribute to the resolution of issues relating to the implementation of the Guidelines. Hence, the complainants expect that the NCP, in its faculty of handling specific instances ensures impartiality, equitability, accessibility, transparency and participation during the procedure.

Furthermore, while making the NCP aware of the probable human rights violations by the transnational French company in Mexico; that it calls EDF to comply with its responsibility to create mechanisms for dialogue with the community, that it determines whether EDF or its subsidiaries have caused or contributed to human rights abuses, and if so, to ensure that integral remediation and reparation is offered, implemented and monitored. Finally, we hope that the NCP ensures that future corporate action by EDF is in adherence to the OECD Guidelines for Multinational Enterprises. 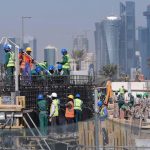 Previous Story
VINCI: Sherpa will file a complaint with a claim for criminal indemnification following the closing of the case by the public prosecutor
→ 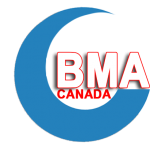 Next Story
Ill-gotten gains: request for an investigation in Canada.
↑
Close