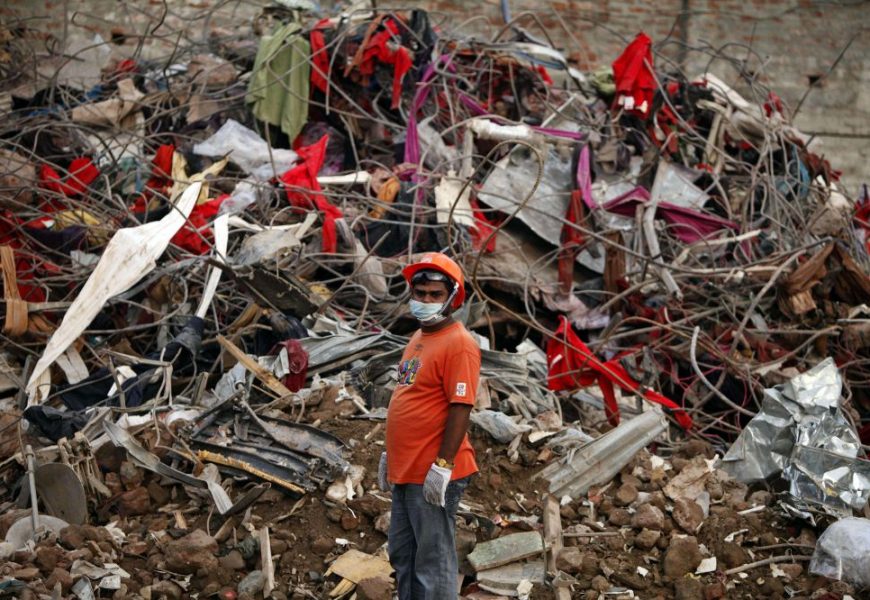 AUCHAN’S STATEMENT ABOUT ITS DONATION TO THE RANA PLAZA DONOR TRUST FUND: AN IMPORTANT YET INSUFFICIENT FIRST STEP

Paris, 22 August 2014 – On 20 August, AUCHAN stated to the personnel representatives within the group’s Committee that it would donate 1.5 million dollars to the compensation fund for the Rana Plaza victims. French NGOs Sherpa, Peuples Solidaires and Collectif Ethique sur l’étiquette are calling AUCHAN to make its statement public and officialise it to the ILO. AUCHAN should not use this statement as a mean to calm down the company’s personnel but must actually pay the amount promised.

After one year and four months of pressure following the Rana Plaza tragedy that killed 1,138 workers in the textile & garment sector, the NGOs welcome AUCHAN’s announcement to donate to the compensation fund. The second biggest supermarket chain in France is indeed one of the retailers involved in the disaster. If all the stakeholders were to pay their shares to the fund, it would help the victims and their families to get back to their lives with dignity. The credit of this announcement goes to the mass mobilisation and the relentless pressure exercised by our NGOs.

However, they deplore the fact that the group has waited so long – especially considering its major responsibility in the tragedy- and reckon that the announced amount is not sufficient in view of the needs, the group’s activities in Bangladesh and its financial well-being. The compensation fund currently comes to less than 20 million dollars out of the 40 million dollars necessary to compensate the victims and their families for medical care and loss in revenues.

The NGOs Sherpa, Peuples Solidaires and Collectif Ethique sur l’étiquette hope that this statement will encourage Lille Public Prosecutor to intensify its preliminary investigation against the company which was launched in May after the complaint that we filed on 24 April. The objective is to reveal that the company’s ethical commitments are deceptive marketing practices misleading French consumers as to the social conditions in which the products are manufactured. AUCHAN’s donation to the compensation fund does not exempt it from its criminal liability in this case.

Labels of the group’s “In Extenso” range were found by a Bangladeshi NGO in the debris after the Rana Plaza collapse. This proves that AUCHAN was manufacturing its own-brand clothing products in one of the factories based in the building. The company claims to be in control of the conditions in which its products are manufactured and to impose strict rules on its suppliers regarding working conditions and workers’ safety. Yet it could not or did not want to stop subcontracting its “In Extenso” clothes brand at the Rana Plaza factory.

The donation is an important first step that we acknowledge. We are now asking AUCHAN to pursue its efforts and to implement responsible practices that would aim at preventing further risks of infringement of fundamental rights happening throughout its entire production chain.

The difficulty for the victims to seek compensation in such cases confirms the importance for our organisations to support the bill that was tabled on November 2013 by four parliamentary groups. This bill aims at imposing sourcing responsibility to MNCs regarding their subsidiaries and subcontractors and intends to prevent further tragedies and to allow victims to seek compensation for damage breaching human rights [i].

[i] Petition addressed to French President François Hollande and calling him to support the bill on MNCs’ sourcing responsibility (link available in French) https://secure.avaaz.org/fr/petition/Francois_HOLLANDE_President_de_la_Republique_Rana_Plaza_1138_morts_le_cout_de_limpunite_des_multinationales/?pv=26