The proposals put forward by the French Minister for Foreign Trade do not include binding CSR provisions, thus they will join a long list of proposals that will not see the light of day.

Our organisations are disappointed that the French government did not take advantage of the opportunity to suggest implementing binding measures for multinationals on the occasion of the Minister for Foreign Trade’s presentation of the National Contact Point (NCP) for the OECD report on the textile and clothing industry on 2 December.

Nicole Bricq, Minister for Foreign Trade, turned to the NCP last 17 May, following the Rana Plaza tragedy that caused the deaths of more than 1,000 textile workers. The objective of the report was to clarify “the definition of multinationals’ responsible business conduct, as well as that of their responsibility for “business relationships” in the supply chain”.

We favourably welcome the reiteration of some recommendations made by civil society in the conclusion of the NCP report, nevertheless our organisations deeply regret that the government is not insisting on their implementation. No announcement has been made to this effect, except for mere advertising of the report addressed to companies and OECD Member States.

It is obvious that, actually, multinationals do not spontaneously implement recommendations regarding best practices, despite repeated prompting from stakeholders and governments. More than seven months after the tragedy, the Rana Plaza victims have still not received compensation and French companies involved in the collapse have not taken measure of their responsibilities. What can this report therefore change ?

It is not the role of the NCP to propose binding measures for multinationals, but rather that of the government. The latter could have shown its support for Members’ Bills introduced in recent weeks that sought to establish legal responsibility for French companies towards their sub-contractors in countries like Bangladesh. Enshrining a “duty of care” in the law would indeed realise the following statement made by the Minister for Foreign Trade during her speech on 2 December 2013: “Companies have social and environmental responsibilities that they must assume”.

Moreover, even if it seems at first glance that it would be most pertinent to establish such a duty at European level, as the Minister for Foreign Trade recommended yesterday, how many Rana Plazas will need to collapse before a European consensus is reached? Given the influence of French multinationals abroad, we regret that France is once again using the European Union as a pretext for its inaction.

France is the fifth largest global economy, thus it needs to show courage and has a duty to set an example by introducing a legal framework so that such a tragedy does not happen again. 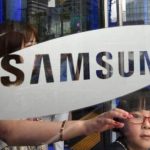 Next Story
Samsung in China: an attack on the fundamental rights of workers
↑
Close