“Blood Minerals”: a large majority of French people in favor of binding legislation

October 25, 2015 – On October 27, representatives from European Union governments will debate a draft regulation on the traceability of minerals from conflict areas known as “blood minerals”.  While, on this occasion, France shall present its position on this European draft for the first time, a CSA poll that appeared this October 25 shows that 83% of French people; i.e. four out of five, would like France to decide in favor of binding legislation.

Even if only 14% of those polled say they have heard the expression “blood minerals”, nearly one in two French people state that they know that “cellphones contain minerals that may be responsible for conflicts or human rights violations in the countries in which they are extracted.”*

The survey reveals the importance of traceability to consumers.  66% of them assert that having information about the consequences and conditions of extraction of the minerals might influence their choice when buying an electronic device.

87% of those asked stated that they do not trust cellphone manufacturers to provide information in a way that is transparent and inform consumers about the origin and manufacturing conditions of their products.  The results of this poll confirm that it is difficult to accept the voluntary declarations or good faith of companies that are involved in this trade.  This is all the more the case given that 89% of those surveyed would like strict legislation in France to regulate this trade and 83% support binding European legislation thereon.

The European Parliament already voted on May 20 in favor of a bold European regulation that would require due diligence; that is, control procedures for all businesses connected with this trade, including those that sell finished products such as computers, tablets, automobiles, cell phones, etc.

The French government cannot turn a deaf ear in the face of this strong position taken by the Parliament and the clear expression of opinion by the French on this subject.  It is now up to the other Member States to decide and to assume their responsibilities.

Cellphones, as well as computers, automobiles and other everyday items contain minerals such as tin, tungsten, tantalum and gold whose trade could be used to fund armed groups responsible for serious human rights violations.

Previous Story
Duty of care of multinationals: Attempt by the Senate rapporteur to obstruct democratic debate and bury the law.
→ 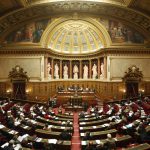