Duty of Care of Corporations: Despite pressure from the AFEP, the bill is moving forward

On Wednesday, 23 March, the French National Assembly passed the bill on the duty of care of parent companies and commissioning companies on its second reading.

Although they regret the fact that the bill couldn’t be improved, our organizations nevertheless welcome its adoption. They call upon the government to do everything in its power to ensure that the process reaches its conclusion before the summer of 2016, and they now request the Senate to place the bill on its agenda as soon as possible. The bill’s final adoption is still a long way away, and will also require an implementing decree (1).

As a guarantor of the public interest, the government should make the defence of human and environmental rights a priority, and not give in to the pressure exerted by the French Association of Private Companies (AFEP) (2), nor to other economic interests. The government reiterated its strong commitment to these issues at the National Assembly today. This commitment should be reflected in its actions.

This statute would introduce a requirement for a “plan de vigilance” (a ‘care plan’), which would force large corporations established in France to conduct their business responsibly, whether in France or abroad, and for the whole of their value chain. This proposal is part of an overall aim to prevent environmental damage or human rights violations generated by these corporations’ activities.

Although it does contain gaps and loopholes (3), this bill would constitute a historic first step towards ensuring that multinational corporations take human rights into account, and would help in preventing disasters such as the collapse of the Rana Plaza building in Bangladesh, in 2013.

Spokespersons are available for interviews.

Sherpa, Sandra Cossart : in charge of the Globalisation and Human Rights programme, 01 42 21 33 25 – sandra.cossart@asso-sherpa.org

[1] The bill’s final adoption requires it being passed by the Senate on its second reading, then a Joint Committee (Commission mixte parlementaire) and, lastly, another reading before both Chambers. The National Assembly has the final say.

[3] The bill would only apply to certain large corporations, with limited ripple effect, and contains no strong provision ensuring access to justice for the victims of human rights violations and environmental damage caused by corporations. 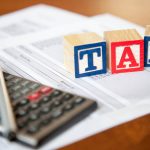