Extractive industries: How far will France dare to go to ensure transparency? 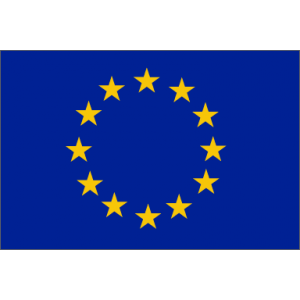 Paris, 8 September 2014 – On the occasion of the transposition of the directives adopted by the European Union in June 2013, the Publish What You Pay Coalition (PWYP) and the Tax and Legal Havens Platform (PPFJ) are calling on Members of the French Parliament to see through endeavours to ensure transparency.

On 10 September, the French National Assembly’s Finance Committee will have to rule on a landmark text on transparency in extractive and forestry industries. This is a major opportunity for Members of the French Parliament to continue their efforts to fight against financial opacity and tax evasion.

In implementing the Accounting and Transparency Directives passed by the European Union in June 2013, this government bill makes it obligatory for all large European companies active in the sector, as well as for those listed on the EU stock exchange, to disclose all payments made to governments on a project basis.

This law could be an important tool for combating corruption and the opacity of multinationals. Civil society has been fighting for it for years. In fact, this legislation could allow the populations of countries that are rich in natural resources, but among the poorest in the world, to better control how the revenues generated by these resources are used and to hold their governments accountable. However, the Publish What You Pay Coalition’s and the Tax and Legal Havens Platform’s members regret that the government has presented to the French Parliament a transposition bill reduced to the minimum. Free and easy access to data is not guaranteed and the sanctions in the event of a breach of this new disclosure requirement are barely mentioned. The geographical extension of reporting, although part of the Development Act approved last 7 July, has been ruled out.

While international leaders have committed to more strongly fighting financial opacity [1], the Publish What You Pay Coalition’s and the Tax and Legal Havens Platform’s members are calling on Members of the French Parliament to seize this opportunity to advance towards enhanced transparency and:

–     to extend accounting reporting to all the countries in which companies have subsidiaries (and not only to the countries of production), such as the French and European regulations applied to banks;

–     to include other crucial information for detecting potential practices of tax evasion: nature of activities, turnover, profits, workforce (which among other things would help to better understand the activities of Total in Bermuda or in Luxembourg);

–     to specifically mention in the law key elements of the European directive such as genuinely dissuasive sanctions in the event of the disclosure of misleading information.

Behind the scenes, lobbies from the private sector are massively mobilised to demand an implementation of the directive that is “as loose as possible” [2] and have gone as far as to file a complaint against a similar law in the United States. [3]

In the face of pressure from industrialists and the government’s lack of ambition, the Publish What You Pay Coalition’s and the Tax and Legal Havens Platform’s members are calling on Members of the French Parliament to be more ambitious and to rule on this bill in such a way that France, the first country to transpose the directives in Europe, shows leadership in the matter of multinationals’ transparency.

[3] Dodd-Frank Act: in October 2012, oil executives of the American Petroleum Institute, of which Total is a member, filed a complaint against the financial regulatory system adopted in the United States.