Feedbacks on the Rifaat Al Assad trial, a landmark step against ill-gotten gains

Prosecution against Rifaat Al Assad started after a complaint filed by Sherpa in 2013 leading to a historic trial making the suppression of money laundering at the heart of discussions.

From December 9 to 17, the trial against Rifaat Al Assad, Hafez Al Assad’s brother and current Syrian ruler Bachar Al Assad’s uncle, was held. This trial on ill-gotten gains is one of the several prosecutions initiated by Sherpa in the frame of its fight against financial criminality and corruption. It charges for the very first time in history a member of the Al Assad clan that has been ruling Syria with a heavy hand for more than 40 years now. It makes not only the suppression of money laundering but also the rebuttable presumption of illicit assets or goods established by the law of December 6, 2013 in the heart of discussions.

French authorities started to look after Rifaat Al Assad’s assets following a complaint filed by Sherpa in 2013. Rifaat al Assad is better known for his role in the Hama and Palmyra repressions in the 80’s. This historic trial was marked by the absence of the accused who did not participate to the auditions.

Sherpa considered that Rifaat Al Assad, a former bigwig in the Damascus regime, fraudulently built an empire in France estimated of nearly 90 million euro by laundering millions of cash from embezzlement after his exile from Syria in 1984. At the European scale, his assets are estimated to nearly 600 million euros. The French National Prosecution Office for Financial Crimes requested four years of imprisonment, a ten-million-euro fine and the confiscation of Al Assad’s seized assets during the investigations, including two private mansions, a castle and stud farms.

A landmark step in the fight against white-collar crimes

Like in other Sherpa’s ill-gotten gains cases, this trial exemplifies the need to tackle white-collar crimes which is “often the corollary of blood crimes” according to Sherpa’s attorney Vincent Brengarth. During this trial like in most financial crime cases, it mainly raises the question of the notion of money laundering. Money laundering is inherently a secret enterprise with shell companies that are registered in tax havens and orchestrated by a myriad of lawyers and accountants.

As free zones, tax havens are powerful places for covering and transforming money. Mainly based on the absence of constraining rules, they are the upside-down of the global economic system. Those financial hubs provide low taxation rate, absolute bank secrecy, anonymity of corporate beneficiaries and owners and limited or inexistent tax or judicial cooperation.

This concealment makes the evidence of illicit origin of gains particularly difficult. It is in order to address that difficulty that the December 6, 2013 statute related to the fight against tax fraud and white-collar crimes introduced a presumption of illicit origin of goods and incomes in money laundering cases into French law. It was later recognized by the French Constitutional Court. That presumption is of importance in cases of ill-gotten cases whose crucial elements are the enormous assets of a public figure and the impossibility to justify the origin of those resources leading to illicit enrichment. Indeed, this presumption enables to consider that the way of life and the luxury dimension of goods cover a veil of suspicion upon the legality of the funds. It is up to the accused to duly justify their origin.

The Rifaat Al Assad trial is therefore a decisive step in “a new and unprecedented judicial saga” whose importance was recalled to the court by Sherpa’s former president and founder William Bourdon. It opens the possibility to erode more and more every day the feeling of impunity that the public figures responsible for money laundering were benefiting from until now. 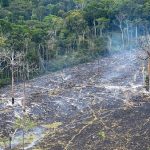 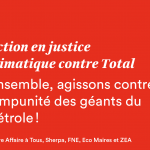