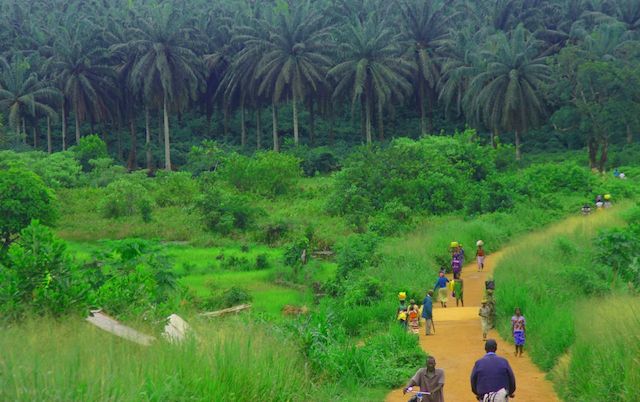 A day before the start of yet another trial brought on the Bolloré Group against French journalists, organisations denounce the imprisonment of six local community leaders affected by the investments of Socfin Agricultural Company Sierra Leone Ltd (SAC)[1], a subsidiary of Socfin, linked to Bolloré.

A year ago, Shiaka Sama was invited to Paris by the Bolloré Group to find a solution to the conflicts emerging around the Socfin plantations in Africa and Cambodia. Today, he is behind bars in Bo, the second largest city of Sierra Leone. Five other activists have also been incarcerated, after being found guilty of destroying 40 oil palm plants. The six activists, who deny the charges, are members of the Malen Affected Land Owners and Users Association (MALOA). Unless they can pay an exorbitant fine – from 6,500 to 13,000 Euros per person – they each face five to six months in jail.

Since 2011, the SAC, a subsidiary of the Luxembourg-based holding company Socfin, has taken over 12,000 hectares of land previously owned and used by thousands of farmers across 40 villages. Many protests have erupted and been repressed. Demonstrators were arrested in October 2011 and again in August 2012. Arrests took place in October 2013. On 9 December 2013, the police fired on and arrested demonstrators. On 14 January 2015, 11 people were arrested after clashes. Seven MALOA members were arrested on 8 September 2015.

former Secretary-General of the Bolloré Group, on 24 Octoebr 2014

Socfin is 38.75% owned (directly and indirectly) by the Bolloré Group. Bolloré committed to use its influence to resolve these land conflicts. The Group received Shiaka Sama and other affected community representatives in Paris on 24 October 2014. Bolloré agreed to a second negotiating round in 2015, but this never took place.

Shiaka Sama stated his fears a few days before the verdict: “Bolloré does not keep its promises to mediate, and allows Socfin to punish people instead of dialogue with them. In Sierra Leone, Socfin has sworn to use its influence to put us in jail for denouncing community rights abuses that they have committed in Malen.”

Repression of activists in Sierra Leone, SLAPP suits in France

On 11 February 2016, journalists from Bastamag will appear in court in Paris. They face defamation charges from the Bolloré Group. The company filed suit after the publication of an article denouncing land grabbing by investment funds and transnational corporations. This type of lawsuit, known as a “Strategic lawsuit against public participation” (SLAPP), follows many others filed by the Bolloré and Socfin groups against journalists and NGOs over the past years. The moral and financial pressure generated by these lawsuits is weakening freedom of expression in France and increasing the imbalance between rights defenders and journalists on the one hand and groups like Bolloré on the other.

A mobilisation will take place at 17:00 tomorrow in front of the 17th Chamber of the High Court of Paris to support the journalists and demand the release of the six jailed Sierra Leoneans. Communities from the other plantations controlled by the company will also be mobilising in the coming days to show their solidarity and offer their moral and financial support.

– For more information about the Socfin project in Sierra Leone and local opposition in the country, a report and a video made by the Oakland Institute are available at:

– The article cited in the defamation lawsuit: http://www.bastamag.net/Bollore-Credit-agricole-Louis 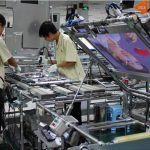