Paris, 21 March 2022 – On Friday 18 March, Sherpa filed a complaint asking the French National Financial Prosecutor’s Office (PNF) to open an investigation into corruption, money laundering and concealment of stolen goods in relation to the activities of extractive industry giant SBM Offshore. SBM Offshore has been pinned in several countries because of its extensive corrupt practices and some of its managers possibly involved are French nationals.

According to Sandra Cossart, Sherpa’s Executive Director, “It is time to shed light on the role of SBM Offshore’s French managers in widespread corrupt practices“.

In 2014, whistleblower Jonathan Taylor, at the time legal director of SBM Offshore, a Dutch oil services group based in Monaco, denounced an international network of bribes: his former employer would have paid $275 million to obtain oil contracts around the world. The evidence provided to the Serious Fraud Office in England, to investigators in Brazil and in the Netherlands, and of the FBI and the U.S. Department of Justice, contributed to the opening of investigations in many jurisdictions. In fact, SBM Offshore has been fined hundreds of millions of dollars over the past decade for corruption cases.

Other investigations have established the extent of SBM Offshore’s illegal practices, particularly in conflict zones, thus underlying the central issue of the systemic dimension of corruption in the sensitive sector of extractive industry.

The practices revealed by Jonathan Taylor have largely contributed to exposing the extent of corruption in the sensitive sector of the extractive industry.

This case also reveals the lack of protection for whistleblowers. Among the many threats on whistleblowers, SLAPPs are a particularly effective tool for large companies to silence individuals who report the illegal practices they have witnessed. Indeed, in 2014, SBM Offshore filed a criminal complaint in Monaco against Mr. Taylor leading to his arrest. A year later, a defamation suit against him was filed in the Netherlands following an interview to a media outlet, demanding that he publish a retraction and pay damages to SBM Offshore. These proceedings initiated by a large group are an illustration of the misuse of legal mechanisms to intimidate and prevent Jonathan Taylor from speaking out in the public interest. The importance of whistleblowers is now fully recognized throughout Europe as their revelations are essential for unveiling illegal practices that are a detriment to the public interest.

It is essential to actively fight and to bring to justice those predatory practices, as they are particularly damaging and endemic in states with weak governance or in conflict zones. The social costs generated by corruption considerably slow down the development process of states in a context of strong asymmetry of power. 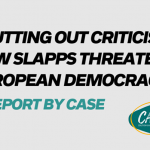 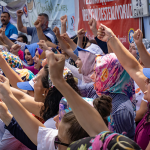