Days after Meta published its first human rights report, an international coalition of more than 80 organisations and individuals is calling for the company to respect the rights of South African human rights defender and whistleblower Daniel Motaung. In an open letter published today, they demanded Meta and Facebook content moderation outsourcing company Sama immediately cease all attempts to silence Daniel Motaung. Meta’s most high profile whistleblower Frances Haugen is also a signatory.

South African Motaung was a content moderator in Kenya, where he was forced to view horrific content including beheadings and child sexual exploitation, on a pay of $2.20 per hour. When he tried to lead his colleagues in a unionisation effort seeking better pay and working conditions, including  mental health support for workers exposed to deadly content, he was fired.

Motaung now suffers from PTSD and is suing Meta in the Kenyan courts, arguing that he and his former colleagues are victims of forced labor, human trafficking and union-busting. Meta’s subsequent attempts to impose a gagging order on Motaung and Foxglove, a legal NGO based in the U.K. who is supporting him, has provoked a storm of protest and further highlighted the company’s degrading treatment of content moderation workers in Africa. Daniel Motaung has the right to free expression under international law and within the Kenyan constitution.

“This legal threat is a cynical attempt to bury the story of labor rights abuses in Facebook’s global content moderation workforce”, said former South African MP Phumzile van Damme, one of the letter’s signatories. “The company knows it would never get away with undermining freedom of expression in this way on its home turf. It cannot be allowed to get away with it in Kenya”.

“The double standard applied to Daniel for following his conscience the same way I did is unjust”, said Frances Haugen, who famously blew the whistle on Facebook’s business practices in 2021. “His persecution must stop”.

Signatories to the letter include The All Africa Students Union, comprising all national student unions across the 54 African countries, the Central Organization of Trade Unions in Kenya, and Uni Global Union, alongside organisations such as Global Witness and SumofUs.

The letter, addressed to Mark Zuckerberg and Wendy Gonzalez, CEO of Facebook contractor Sama, demands that they drop all attempts to silence Daniel Motaung and “to crush his efforts to improve labor conditions for Facebook content moderators in Kenya and around the world.” The company’s attempts to gag Mr. Motaung “should be a source of intense shame for Meta” , while “Facebook’s treatment of a low-paid, Black whistleblower is all the more shocking when compared to its response to other whistleblowers with more privilege and profile.”

Daniel Motaung’s revelations have already contributed to the wider public interest – his former colleagues at Sama were offered a pay rise and lawmakers in the UK and elsewhere are pushing for greater transparency of social media’s supply chains. In a recent court hearing in Kenya, the judge granted Meta and Sama additional time to provide further evidence in support of their request for a gagging order.

The open letter and all signatories has been published on the People vs. Big Tech’s website on Thursday 21st July. 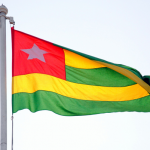