Perenco nominated for the Pinocchio Awards: When local populations pay the price for low cost oil

Paris, 21 October 2014 – In view of its nomination for a Pinocchio Award in the “Dirty hands, full wallets” category (1), Perenco cannot continue to turn a deaf ear to requests made by civil society organisations. These organisations have been protesting for several years alongside the local population in Muanda (DRC) that has been affected by the oil company’s activities.

Unstable jobs, reprisals against anyone standing up for their rights, toxic gas emissions, the burying of waste in landfill sites, oil leaks that pollute the natural resources and fishing stock on which populations live and no compensation for any losses incurred: the human and environmental cost of Perenco oil drilling in Muanda is tremendously heavy.

Nevertheless, Perenco prides itself on its ethical commitments and on being a socially responsible company. Perenco is owned by the billionaire Perrodo family, and is one of the biggest oil companies in France, so it can afford to prevent and repair damage to the environment and to the local populations.

In order to put an end to the human rights violations caused by this Franco-British-Bahamian group’s activities, Congolese and French civil society organisations have challenged the company and have made demands and recommendations, in vain.

“Perenco is adept at secrecy and financial and legal opacity. The fact that the company is located in the Bahamas and is not listed on the stock exchange makes it exempt from accounting for its actions to the public or to the citizens of the countries whose resources it exploits”, deplores Mathilde Dupré, CSR advocacy officer at CCFD-Terre Solidaire.

One year after the publication of a CCFD-Terre Solidaire report, written in conjunction with CERN and ADEV (2), and despite the exchanges with the company, the situation has come to a standstill.

For this reason, CCFD-Terre Solidaire and Sherpa are pleased about the nomination of Perenco for the Pinocchio Awards and are calling upon citizens to vote for this company in order to stop this tragic situation.

On Monday 20 October, our organisations sent a letter to Perenco in which we made several key demands which could prove the company’s willingness to operate its activities transparently, including the publication of its contract, of impact studies and the analyses of share ownership of its local subsidiary companies.

In fact, “Perenco’s contract with the Congolese state is the only one which has not been made public in spite of the legal obligation to do so. It is impossible to know what social, fiscal and environmental conditions were negotiated by the company” confirms Marie-Laure Guislain, head of the litigation arm of Sherpa’s Globalisation and Human Rights (GDH) programme.

(1)     Link to the Pinocchio Awards, organised by Friends of the Earth, in partnership with CRID and Peuples Solidaires: http://www.prix-pinocchio.org/en/rubrique.php?id_rubrique=7. The award ceremony will take place next 18 November. 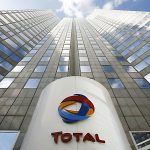