Sherpa announces the strengthening of its Board of Directors

Paris, November 24th, 2020   – At the end of September, Sherpa’s General Assembly elected four additional members to its Board of Directors: Jonathan Kaufman, Julia Mello Neiva, Gregory Regaignon and Evelyne Serverin. This election reflects the association’s willingness to grow international in order to fuel its strategic thinking and extend its influence on its field of expertise.

These four new members strengthen the existing board of seven – mostly legal experts – members. They will bring new skills and experiences thus contributing to enhance Sherpa’s visibility and credibility.

The Board of Directors will play a key role on the association’s major orientations at both a program and organizational level. In particular, the board will fuel the strategic reflection on the reorganization of the different programs and the refocusing of each jurist of the team on his or her key areas of expertise.

This new dynamic will enable Sherpa to expand its impact and its international network, by relying on resources and a strengthened team, in order to continue to build and promote a legal framework more protective of populations in the face of globalization.

Presentation of the new members

Jonathan Kaufman is Executive Director of Advocates for Community Alternatives in Ghana, West Africa. He is an American attorney at the New York and Washington Bars with more than a decade of experience in strategic litigation, international advocacy, and capacity building for rural communities whose human rights are threatened by the operations of multinational corporations.

Julia Mello Neiva is a Brazilian lawyer, researcher and activist specializing in race and gender discrimination and business and human rights. She is the coordinator of the development and socio-environmental rights program of the NGO Conectas Direitos Humanos, which she co-founded, in Brazil.  She worked at the Pólis Institute, the African American Policy Forum, Columbia Law School’s Human Rights Clinic and the Center for Reproductive Rights before joining the Business & Human Rights Resource Center as a representative and senior researcher for seven years.

Gregory Regaignon is Program Officer for international human rights within a philanthropic foundation and oversees the foundation’s work on the human rights impacts and responsibilities of businesses and other economic actors. During almost 14 years he worked in the US for the Business & Human Rights Resource Centre as a research director, where he managed and developed the Centre’s African team, supervised and developed its project on corporate legal accountability, and directed its work on natural resources.

Evelyne Serverin holds a PhD and is a research director at the CNRS. She is a member of the Center for Legal Theory and Analysis at the University of Paris Ouest – Nanterre La Défense, and is also an associate researcher at the Center for Employment Studies. She is a member of the National Ethics Committee of the CNRS, and since March 2017, of admission commission in charge of claims on public prosecutors. She is the author of numerous publications in the fields of law, sociology of law and justice. 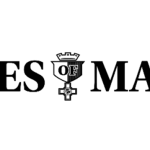