On December 9, 2019, opens the trial of Rifaat al-Assad, the first and only member of the Al Assad dynasty to stand trial in court. The one often reffered to as « the butcher of Hama » is being tried in France for money laundering as an organized group of proceeds of crime and misdemeanors including embezzlement of syrian public funds and tax evasion.

Since fallen out of favour with the regime of Bashar Al Assad, the former head of the Syrian “Defense Companies”, Rifaat Al Assad, was placed under house arrest in Syria in 1984 and was later exiled in 1998. Since his arrival In France, he has gathered considerable wealth, the total value of which, in all likelihood, would far exceed the cumulative amount of wages and salaries generated by its known activities.

Following a criminal complaint with civil action filed by Sherpa on March 6, 2014 the French National Financial Prosecutor started an investigation on this case of “Ill-Gotten Gains”. At the end of an investigation that lasted nearly five years, it appeared that Rifaat Al Assad had, throughout the period of his alleged exile from Syria, illegally benefited from Syrian public resources cleverly concealed through a network of shell companies scattered throughout Europe and in tax havens.

Sherpa was already at the origin of the historic “Ill-Gotten Gains” trial against Theodoro Obiang from Equatorial Guinea. The upcoming trial is a straight continuation of Sherpa’s combat against financial impunity and diversion of resources to the detriment of civilian populations.

Nevertheless, this trial against Bashar Al Assad’s uncle has a special significance in the current Syrian context: it highlights the urgent need to establish a legal framework in France for the restitution of stolen assets. Such a framework must be accompanied by strong guarantees of transparency, accountability and integrity. The Rifaat Al Assad case underlines the importance of a binding legal framework to ensure that returned assets do not fall back into the corruption cycle.

The opening of this trial finally underlines the crucial importance of the judiciary actions of NGO’s in the fight against corruption. NGOs play ideed a key role in defending the general interest and thus contribute to ensure the need for access to justice for victims of economic crime in a globalised world, an increased requirement in the field of transnational corruption. 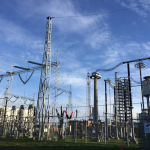