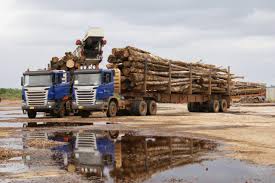 Between 2001 and 2003, DLH bought, imported into France, and distributed in Europe timber from Liberian logging companies that directly served the interests of the regime of President/Warlord Charles Taylor. During this period of civil war, DLH sourced its materials from companies specifically identified by several UN reports as being responsible for violations of human rights, breaches of the arms sanctions imposed by the United Nations, destruction of the environment, and acts of corruption.

On 18 November 2009, Sherpa, Global Witness, Greenpeace France, Friends of the Earth and a Liberian national brought a complaint before the Prosecutor of the Republic of Nantes against the companies DLH France, for profiting from influence peddling and profiting from destruction of property belonging to another, and DLH Nordisk A/S, subsidiaries of DLH Group, for complicity in the same offences. A preliminary enquiry was opened in 2010 by the public prosecutor’s office of Nantes. A dismissal without further action … and without explanation

In February 2012, the case was transferred to the public prosecutor’s office of Montpellier, to the headquarters of DLH France’s second plant. Only a year later, and despite several renewed efforts to obtain information on the progress of the case from the public prosecutor’s office, the case was dismissed without further action because of an “insufficiently characterised offence”.

The complaint filed on the grounds of concealment enabled the engagement of the criminal liability of a French company for acts committed in the context of its activities abroad. It is therefore important to develop it and create a jurisprudence.

The procedure of a complaint with civil party petition is specific to France. It gives the civil party direct access to a judge and enables them to play an active role in the investigation by feeding the inquiry. Not enough associations or plaintiffs know how to use it. It is an essential tool to avoid abandoning lawsuits as crucial as the involvement of multinationals in war crimes and to push forward the jurisprudence in the matter.

Because of their high level of technicality and particularity, the various procedures can often only be performed by lawyers or jurists. Yet these procedural aspects are key factors to assert the rights of populations who are victims of economic crime. Similarly, the procedural aspect should not be neglected in the advocacy for better access to justice,
and can only be carried out by professionals of law.

Furthermore, since the complaint the illegal traffic of timber has been regulated by the EU wood regulations, but these grounds are not yet operational in France. The use of concealment to combat this blight, which is the cause of massive deforestation  in the world, provides an opportunity to improve the means available to environmental associations.

We also wish to combat the involvement of French economic actors in armed conflict, of which this case is unfortunately a perfect illustration.

During 2010 – Opening of a preliminary inquiry.

February 16, 2012 – The case was transferred to the office of the Public Prosecutor of Montpellier.

February 15, 2013 – The case was dismissed without further action on the grounds of an «insufficiently characterized offense».

March 17, 2014 – A complaint with civil party petition was filed by the 4 plaintiff associations.

April 2, 2014 – Receipt of the order by the investigating judge fixing the bond for costs at 4000euros. Appeal made by a lawyer in Montpellier against this order.

October 16, 2014 – Sherpa’s appeal against the high amount set for the bond was declared inadmissible and rejected and no new deadline was set for payment.

End of October – Sherpa sent a request for rectification of a factual error to request the deadline to be set.

March 19, 2015 – The bond was sent by all the associations party to the complaint.

During 2015 – Receipt and analysis of elements serving the investigation.

Previous Story
16 April 2014 | One year after the Rana Plaza tragedy: how to end modern-day slavery
→