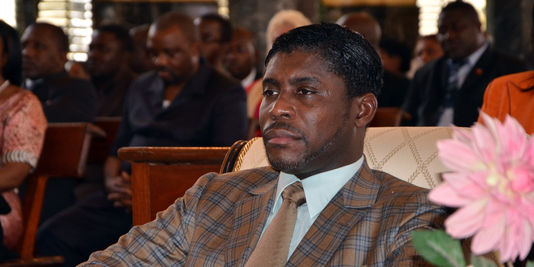 After ten years of proceedings, the first trial in the « Ill-Gotten Gains » case will start on Monday, 19 June, at 1:30 pm.

From that date and for three weeks, the son of the President of Equatorial Guinea President, Teodoro Nguema Obiang, will be tried before the Paris Criminal court for laundering of funds originating from the misuse of corporate assets, laundering of embezzled public funds, laundering of breach of trust, and laundering of bribery committed on French soil from 1997 to 2011.

This will be the first time a high dignitary is tried for this type of offence.

The trial was initiated by Sherpa in 2007, then relayed by Transparency International France in 2008. The NGOs saw the defendant and his lawyers try to hinder the work of the investigating magistrates throughout the proceedings in order to prevent the judicial investigation from reaching its conclusion.

This first trial of a foreign public official for offences related to bribery and money laundering sends a strong message in the international struggle against impunity and grand corruption.

The dates and times of the hearings are as follows (Paris Criminal Court – 4, boulevard du Palais, 75001 Paris) :

Next Story
Rwandan Genocide: Sherpa, the CPCR and Ibuka France launched a complaint against BNP Paribas on the basis of complicity in a genocide, in crimes against humanity and in war crimes.
↑
Close