Paris, 31 July 2020 – Sherpa has asked the national financial prosecutor’s office to open an investigation into corruption, influence peddling and money laundering to shed light on the activities in Guinea of François de Combret, a former high-ranking French civil servant and former managing partner of the Lazard Bank and close associate of Guinean president Alpha Condé, in connection with a mining concession permit involving the Anglo-Australian company Rio Tinto.

Despite the opening of investigations abroad, the French prosecutor’s office has still not taken up this case, which closely involves a French national. Noting the absence of prosecution four years after the revelations in the press, Sherpa therefore decided to file a commplaint on July, 28 2020 so that an investigation conducted in France could shed light on the case.

As Mediapart revealed in 2016, François de Combret who is close to Guinean President Alpha Condé would have monetised his influence in 2011 for the benefit of the Anglo-Australian mining giant Rio Tinto. For nearly 10.5 million dollars paid by the company’s top executives, this former senior French official would have made possible the renewal of the mining giant’s concession on the Simandou mountain deposit. This mountain is considered as the largest iron reserve in the world. The British Serious Fraud Office opened an investigation into this dubious transaction in 2017.

The financial arrangement lifts the veil on the methods to conceal illicit financial flows. For example, the suspect funds were allegedly wired to accounts held in a Swiss bank by a company registered in the British Virgin Islands, itself controlled by François de Combret. This company was reportedly registered only three months before the conclusion of Rio Tinto’s Simandou contract, for which the mining giant allegedly paid François de Combret the $10.5 million.

Tax havens continue to provide to wealthy individuals and companies a mass-dissimulation weapon of their illegal financial transactions.

This case once again highlights the need for accountability and liability of financial intermediaries (banks, audit firms, law firms, tax advisors, accountants). Their role can no longer be ignored. Their anti-money laundering mechanisms should be more in order to better assess the risks of their clients’ sensitive activities and position. Their due diligence should also be exercised with regard to relatives and personal advisers close to high-ranked public officials and statesmen.

Finally, illicit financial corruption tainted by corruption contribute to harming the interests of local populations. They will never see the benefit of their country’s resources in terms of health, education, development and ecological transition. These transactions do not help to curb the “resource curse” from which many states suffer. 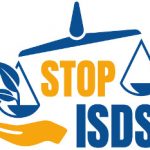 A spate of scandals hit the headlines in 2016, revealing the way in which some major companies have been involved in corruption, money... 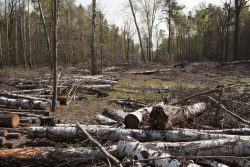