Sherpa supports Nigerien civil society for the renegotiation of the uranium mining agreement between Niger and the Areva group.

In the wake of warnings sent out by local Nigerien associations in 2003 and after assessing numerous violations of workers’ safety, Sherpa, Doctors of the World and CRIIRAD *(Commission for Independent Research and Information about Radiation) announce their intention to lodge a complaint against the Areva group.

Thereafter, Sherpa and its partners accept Areva’s offer to negotiate. In June 2009, this leads to signing two agreements: launching health observatories in the countries where the group operates and compensation for staff members’ work related illnesses.

In December 2012, despite the establishment of these health observatories and the compensation of two families, Sherpa, in cooperation with its Nigerien and Gabonese partners, decides to expose these agreements as being nothing more than an Areva image polishing strategy.

On Saturday, October 12th, several thousand people from the Arlit region show their determination to see the extraction contract between the Nigerian government and the Areva group renegotiated.

The Sherpa Association is thus committed to solidarity with its Nigerien partners and with other members of local civil society. Furthermore, Sherpa informs the Nigerien authorities that it is willing to participate in the audit commissioned on Areva’s activities.

Sherpa appeals to the Areva group, whose behavior is continuing to fuel the lack of understanding of local populations, to respond concretely and immediately to the demands of Nigerien civil society. 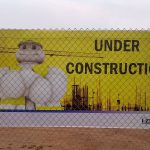