SLAPPs brought by VINCI against Sherpa: A New Victory 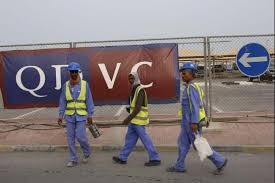 On 28 June 2017, the Paris Cour of Appeal rejected VINCI’s suit alleging that Sherpa had violated its presumption of innocence, which had been brought according to Article 9-1 of the Civil Code, following Sherpa’s complaint filed in March 2015 and which alleged that VINCI CONSTRUCTION GRANDS PROJETS and the French executives of its Qatari subsidiary were guilty of forced labour, reduction to servitude and concealment. These facts were allegedly committed against migrants employed on construction sites entrusted to these companies by the Qatar government for the preparation of the 2022 World cup.

The suit brought by the VINCI companies was based on statements made by William Bourdon, President of the NGO, and Laetitia Liebert, its Director, during an interview given to French newspaper Libération in April 2015.

After finding that this interview was given in reply to the public defamation of a private person suit brought by VINCI on 13 April 2015, notably because of the press release published on Sherpa’s website, the Court held that the litigious statements aimed to show that the criminal suit was well founded and to highlight the elements that Sherpa had in its possession.

Sherpa was therefore entitled to defend itself and express its point of view, in reaction to the defamation suit brought against it by VINCI and to the major damages claimed.

‘VINCI has once against failed to convince the judges of its victim status, as they reject for the third time its attempts to silence Sherpa’, notes Léa FORESTIER, Sherpa’s lawyer. ‘In addition to the defamation suit the VINCI companies would like to use presumption of innocence to silence its opponents. The judges held that Sherpa has a right to refend itself. It is in fact its duty!

We are now waiting for justice to be able to focus on the heart of the case: the way in which VINCI treated its construction workers on the Qatari sites.’

Previous Story
Rwandan Genocide: Sherpa, the CPCR and Ibuka France initiate a legal proceeding against BNP Paribas on the basis of complicity with a genocide, crimes against humanity and war crimes.
→ 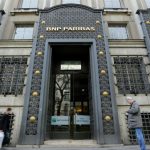 Next Story
Petition on BNP Paribas and the Rwandan Genocide Against the Tutsi : We have Already Obtained Almost 150 000 signatures!
↑
Close