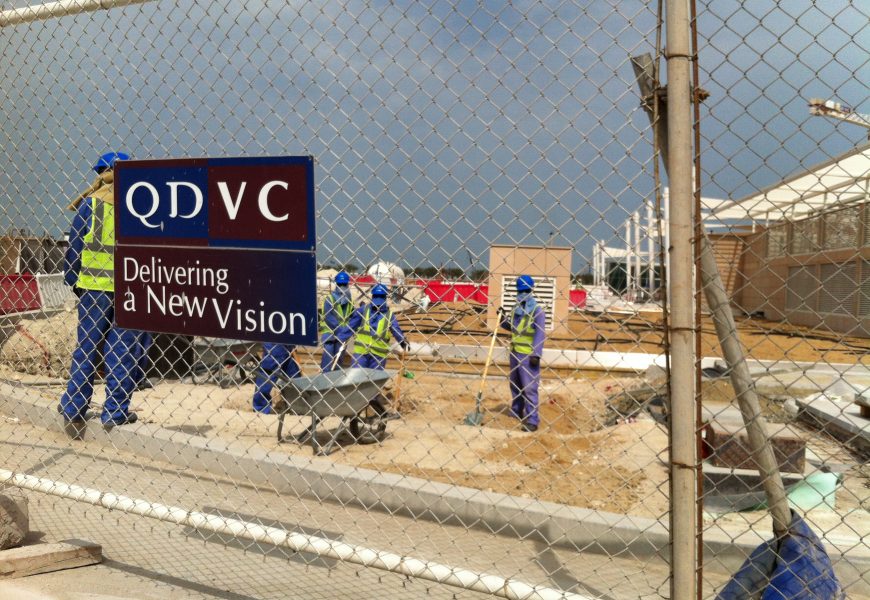 Paris, April 27, 2015—On March 23, 2015, Sherpa filed a complaint for forced labor and servitude against Vinci Construction Grands Projets and the French directors of its subsidiary, Qatarie QDVC, based on information gathered in Qatar. The launch of the preliminary investigation by the Nanterre public prosecutor was announced on Saturday by the press. We welcome this crucial first step and hope that this investigation will pave the way for a phase of proceedings.

This Saturday, April 25, Le Parisian announced the launch of a preliminary investigation by Catherine Denis, Nanterre’s public prosecutor, following our filing of a complaint against Vinci Construction Grands Projets. We welcome this important first step towards access to justice for workers from their construction sites in Qatar.

We hope that this investigation will shed a light on the facts that we reported in our complaint. In any event, Nanterre’s public prosecutor deemed that this information was enough to support the launch of an investigation, which should encourage Vinci Construction Grands Projets to take all necessary measures to respect the rights of migrants on their constructions sites, and to retract its defamation complaint against Sherpa and the members of it’s team.

We hope that the prosecutor’s office takes all actions necessary to put in place a thorough investigation that will allow the French judicial system to respect human rights, by multinational corporations such as Vinci, in their activities abroad.

Previous Story
Two years after the Rana Plaza tragedy: we must wait no longer to definitively pass the bill on the duty of care
→