The lodged complaint targets not only money laundering facts in connection with the outsourcing of considerable capital from the autumn 2019 crisis onwards, but also the suspicious conditions under which real estate, sometimes very luxurious, has been acquired by private or public Lebanese officials on French territory in recent years.

This complaint is a development of the first complaints filed by Sherpa and other NGOs in 2007, such as the one against Rifaat AL ASSAD, recently sentenced by the Paris Correctional Court to 4 years in prison (appealed sentence).

Our final objective of this Ill-Gotten Gains procedure is the restitution of stolen assets to the Lebanese people and the fight against corruption.

Since the mid-1990s, corruption has been deeply rooted in the functioning of the Lebanese state. In 2020, Transparency International, an NGO that measures the degree of perception of corruption at the global level, ranked Lebanon 149th out of 180 countries.

Following this case, France will have to ensure that the ill-gotten gains will be returned in order to serve the general interest, improve the living conditions of the Lebanese, strengthen the rule of law and fight against corruption. A restitution mechanism is currently being discussed by the Parliament.

With this complaint, Sherpa wishes money laundering offence and liability of financial intermediaries to be at the forefront of the debate.

The systemic use of tax havens, which enables criminals to launder their money with impunity, must be challenged and fought at international level. Sherpa calls for the financial and banking intermediaries, that facilitate financial crime, to be held accountable.

Sherpa expects the National Financial Prosecutor’s Office to hold the various Lebanese dignitaries accountable, as well as the financial and banking intermediaries whose actions, due to their premeditated and systematic nature, are directly linked to the humanitarian crisis that the Lebanese people are currently experiencing. 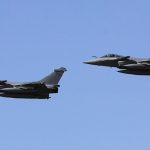 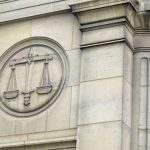