Climate litigation against Total: the Versailles Court of Appeal confirms the jurisdiction of the judicial court

Paris, 18 November 2021 – In the climate litigation brought by 5 NGOs and 13 local authorities against Total, the Versailles Court of Appeal has confirmed the jurisdiction of the judicial court, rejecting the oil company’s attempt to refer the case to the commercial court.

In January 2020, a coalition of NGOs and local authorities took Total to the Nanterre judicial court [1]. They request a judicial injunction against the oil company to take the necessary measures to comply with the objectives of the Paris Agreement, in accordance with the French Law of 27 March 2017 on the Duty of Vigilance and the provisions of the French Civil Code on ecological damage.

Delaying the proceedings, Total did not respond on the merits and asked that the case be referred to the commercial court, a court composed of company directors and dealing with business-related disputes. The judge of first instance dismissed Total’s objection last February, recalling the nature and objectives of the corporate duty of vigilance.

This ruling comes at a time when the French Parliament has also just entrusted litigation initiated on the basis of the Law on the Duty of Vigilance to the Paris judicial court.

For Sherpa, “This ruling and the legislation adopted today converge to finally put an end to the various attempts by companies to be judged by their peers on environmental and human rights issues. Two years after filing the case, we have still not been able to discuss whether Total has met its climate obligations. Two years lost for the climate.”

For Notre Affaire à Tous, “Total’s attempts, in Parliament and in court, to avoid at all costs being judged on the credibility of its strategy to meet the 1.5°C target of the Paris Agreement, have failed. And it is urgent to compel the company to act: despite the considerable impact of its activities on climate change, Total is still not proposing concrete and reasonable measures to prevent the risks linked to climate change.” 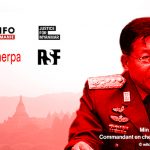