Paris, October 05, 2020 – On September 30, 2020, Sherpa and the Daphne Caruana Galizia Foundation called on the National Financial Prosecutor’s Office to open an investigation for money laundering of corruption, complicity, and concealment of stolen goods against four French banks and an investment fund, in connection with a large loan operation for the benefit of ElectroGas Malta Limited in the context of the operation of the Maltese gas market. A few months before the conclusion of these loans, the Maltese journalist Daphne Caruana Galizia, assassinated in October 2017, had revealed that the obtaining of this contract would be tainted by corruption.

On October 16, 2017, Maltese journalist Daphne Caruana Galizia was murdered for revealing a corruption scandal involving leading Maltese political and business figures. Barely two months later, French banks, through subsidiaries or branches, and an investment fund granted a loan to ElectroGas Malta Limited, the company at the heart of the murdered journalist’s revelations.

The investigation by the Maltese police identified Yorgen Fenech as the prime suspect behind the assassination, perpetrated as a result of her revelations of potential corruption during the privatization of the Maltese gas sector to ElectroGas. Yorgen Fenech was at the time both director and shareholder of ElectroGas and one of the most important Maltese beneficial owners of the company. These suspicions turned out to be justified. Yorgen Fenech confessed to the police last June that the contract concluded by ElectroGas with the state-owned company Enemalta was tainted by corruption.

The Maltese and international press has been reporting these suspicions of corruption surrounding the gas privatization deal in question. Thanks to the Panama Papers, it had been alleged that Yorgen Fenech had opened a company in Dubai, 17 Black, through which he offered bribes to Keith Schembri, the former director of the Prime Minister’s office, and to Konrad Mizzi, Minister of Energy at the time, in charge of public-private partnerships.

Despite the existence of these suspicions, despite the assassination of Daphne Caruana Galizia in October 2017 in the course of her investigations about market conditions attribution, the four French banks, through subsidiaries or branches, as well as the portfolio management company, granted a loan to ElectroGas Malta Limited in November 2017.

These financial intermediaries are, however, subject to AML/CFT obligations, and must in particular identify the beneficial owners of the companies with which they do business. They should have known that ElectroGas was at least involved in the corruption scandal revealed by the press.

The FinCEN Files have recently shown the systemic aspect of this kind of practice. The leak of more than 2,000 documents from the US Financial Crime Enforcement Network (FinCEN) has shown that financial intermediaries, particularly banks, transfer funds derived from corruption, money laundering or organized crime. Yet they have or should have precise knowledge of the illicit origin of these funds. In the case of the loan to ElectroGas, a simple internet search would have allowed the banks to discover that the company’s activity came from corruption.

The FinCEN Files, like the Maltese case, demonstrate the ineffectiveness of the banks’ due diligence measures related to the risk of money laundering. Why do banks maintain operations for which they should have strong suspicions of illegality? How many more financial scandals must there be before putting an end to these practices?

Sherpa and the Daphne Caruana Galizia Foundation have decided to act while expecting states to adopt strong measures to ensure that banks will be effectively vigilant and responsible. 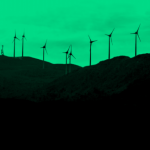 Next Story
“Mining with meaning”: the content of vigilance plans is still insufficient according to a new study published by Sherpa

7 December 2020• Protecting the public debate, Sherpa in the media