Paris, September 17, 2020 – The Court of Appeal denied Sherpa and Friends of the Earth’s request to authorize a bailiff to seize documents at Perenco France’s headquarters. The documents were to confirm the role of the multinational company in activities linked to serious environmental damage and could have been used in court as evidence of their liability. ‘Access to evidence is hindered’, NGOs say. This setback comes after Perenco France had already refused to comply with a former favorable decision obtained by the NGOs in 2019.

Perenco which is owned by the Perrodo family, one of the wealthiest families France, specializes in the exploitation of end-of-life oil wells. The group has significantly increased its production capacity in West Africa, particularly in the DRC, Gabon and Congo Brazzaville by taking over assets after Total and other oil majors walk out.

As the only oil operator in the DRC, Perenco has been accused by numerous reports, investigations and interpellations of the Congolese Senate as well as local associations and international NGOs, of being responsible for serious environmental damages (including land, air, water and pollution) as well as damage to human health.

According to the NGOs’ lawyers Me François de Cambiaire and Sébastien Mabile : “French companies operating abroad may be held liable for damages resulting from their activities. The issue at stake in this case was to confirm the scope of the provisions of article 145 of the code of civil when it comes to environmental matters in international disputes and to restore equality of arms when multinationals organize their opacity”.

Perenco France has consistently denied any implication in the oversight of the Congolese oil activities which are suspected to have devastated the DRC’s ecosystem, in particular that of the Muanda Region in the province of Bas-Congo.

The group does not publish any information relating to its activities and hides behind shell companies registered in the Bahamas. So far the group has always declined all requests for information made by NGOs

Sherpa and Friends of the Earth had already obtained a decision authorizing them to seize documents at the headquarters of Perenco France. However, almost a year ago day to day, the directors refused the access of their premises to the bailiff, thus opposing a plain and simple refusal of execution to this court decision.

A new procedure had then been initiated by the NGOs, this time backed with a request for a penalty payment. After their request was denied in the first instance, they appealed the decision: the Paris Court of Appeal has now ruled upholding the denial decision.

According to Sandra Cossart Sherpa’s executive director: “This legal battle highlights the deadlock faced by victims of economic crimes when it comes to gathering evidence. A simple refusal backed by economic power and the lack of coercive mechanism, allows a multinational to overlook its duty to carry out judicial decisions ordering the communication of evidence.

This situation is blatantly unfair to the victims, who not only see their fundamental rights violated as a result of globalized economic activities but are additionally unable to gather evidence in order to seek legal redress”.

More information on the procedure used

In Anglo-Saxon countries with a Common Law tradition, the discovery process allows victims to access documents deemed decisive for their litigation by forcing multinationals to produce them, even though such documents could turn out to be detrimental to the disclosing party.

In France, with regards to the access to evidence, victims remain unequipped when facing multinationals.

The process laid out by article 145 of the Code of Civil Proceedings allows the judge to authorize the seizure of documents useful to the resolution of a future dispute. It is either realized “by surprise” through an ex-parte request, as Sherpa and Friends of the Earth had initially done, or through a proceeding that includes an adversarial debate (as the procedure in which the Court of Appeal just ruled).

This provision, which has so far never been used in human rights and business litigation in the context of a dispute relating to damages potentially caused abroad by a major French group could have been a way to reinstate some form of equality of arms between the victims and the multinationals.

The imbalance between victims and multinationals is now all the more flagrant : a reform is urgent and possible. 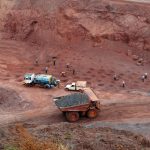