While the prosecution and conviction of perpetrators of international crimes before international criminal tribunals is now accepted at both the international and national levels, the responsibility of corporations and their managers for the commission of crimes is hardly ever recognised. Multinational corporations working in conflict zones are likely to be directly or indirectly responsible for the commission of crimes.
Through their subsidiaries, to fuel armed conflicts and profit from violations of fundamental rights, in particular by dealing with those responsible for war crimes and crimes against humanity.
In 2019, the indictment of Lafarge and 8 of its former executives was confirmed by the Investigation Chamber of the Paris Court of Appeal. Sherpa is also involved in a group of associations that is trying to put an end to French arms sales to Saudi Arabia and the United Arab Emirates in the context of the conflict in Yemen. 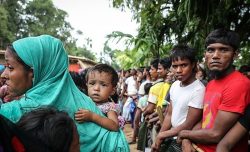 Press release French company VOLTALIA must put an end to its commercial relationship with a company linked to the Myanmar military Paris,...

Indicment of Lafarge : interview of Sandra Cossart on BFM TV

SUBMISSION FROM SHERPA AND ECCHR ON AN INDICTMENT OF LAFARGE FOR COMPLICITY IN CRIMES AGAINST HUMANITY Paris, May 15, 2018 Sherpa and the... 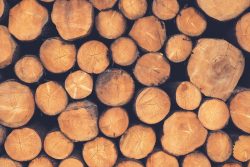 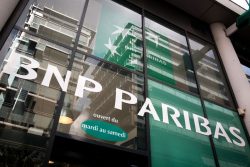 Involvement of the BNP Paribas in the Tutsi genocide in Rwanda : Opening of the legal inquiry and nomination of an investigation judge

Involvement of the BNP Paribas in the Tutsi genocide in Rwanda : Opening of the legal inquiry and nomination of an investigation judge...

Petition on BNP Paribas and the Rwandan Genocide Against the Tutsi : We have Already Obtained Almost 150 000 signatures!

Paris, 6 July 2017 On 29 June 2017, while Sherpa, the SCRC and Ibuka France brought a suit against BNP Paribas for complicity in genocide,...

Rwandan Genocide: Sherpa, the CPCR and Ibuka France initiate a legal proceeding against BNP Paribas on the basis of complicity with a genocide, crimes against humanity and war crimes.

The associations Sherpa, the Collective of Rwandan Civil Parties (CPCR) and Ibuka France launched a complaint against BNP Paribas on the...

Rwandan Genocide: Sherpa, the CPCR and Ibuka France launched a complaint against BNP Paribas on the basis of complicity in a genocide, in crimes against humanity and in war crimes.

Rwandan Genocide: Sherpa, the CPCR and Ibuka France launched a complaint against BNP Paribas on the basis of complicity in a genocide, in...

Important step in the « Lafarge in Syria » case: Nomination of three investigative judges

Paris, 13 June 2017: The association Sherpa and the European Center for Constitutional and Human Rights (ECCHR) welcome the nomination of...

Paris – April 24th 2017 Successive departures of Bruno Lafont and Eric Olsen from Lafarge are the first significant steps of the company...

Published by The New-York Times, by Liz Adlerman As Syria began to descend into a bloody civil war, a cement plant in the embattled...