AUCHAN ACCUSED OF HAVING DECEIVED ITS CUSTOMERS

Paris, 24 April 2014 – One year to the day after the collapse of Rana Plaza, which cost the lives of 1,138 people and injured more than 2,000 others, French associations Sherpa, Peuples Solidaires and Collectif Ethique sur l’étiquette have lodged a complaint against Groupe Auchan at the Lille prosecutor’s office. Their goal is to make it known that the ethical behaviour of the brand is a commercial practice that could mislead French customers about the social manufacturing conditions of the products it commercialises.

While it claims to control the conditions within which its products are manufactured and to impose strict rules on its suppliers concerning working conditions and the safety of workers, French company AUCHAN failed to or considered it irrelevant to prevent the outsourcing of its own clothing brand “In Extenso” to Rana Plaza.

“In Extenso” labels were found beneath the Rana Plaza ruins by a Bangladeshi NGO on the day after the collapse. This reveals that clothing items of AUCHAN’s own brand label were manufactured in one of the building’s factories when the disaster occurred. NGOs have requested that France’s second biggest mass retail chain acknowledge and take responsibility for the victims, including contributing to financial compensation [i]. However, AUCHAN is avoiding its responsibilities and claims to have been a victim of hidden outsourcing against which it could not have protected itself. Yet, the company acknowledges that this phenomenon is a matter of public knowledge in Bangladesh. Such behaviour is very far from AUCHAN’s ethical claims and from the image of “responsible discount firm” emphasised in its public communication.

By lodging a complaint, the associations intend to denounce AUCHAN’s misleading commercial practices and call its irresponsibility into question. The firm continues to point to its alleged ignorance of such practices in Bangladesh, even though it actually turned a blind eye to the disastrous security conditions to which the cheap labour that manufactured the clothes were exposed.

This class action is unprecedented. It is the first complaint filed in Europe with regards to the Rana Plaza case, and the first time that a European mass retail company has been indicted for this reason. To date, French courts have never expressed their opinion on whether a company’s disingenuous ethical commitments could constitute a misleading commercial practice, and thus be punishable under criminal law.

Simultaneously, the associations that filed this complaint also support a parliamentary bill presented by four parliamentary groups. It aims to impose on companies a duty of care towards their subsidiaries and subcontractors in order to prevent futures tragedies and to enable victims to obtain compensation in the event of damage that infringes upon their human rights [ii].

[i] Urgent Appeal sent to Auchan, Benetton and Carrefour on 24 March this year and passed on by more than 100,000 people (http://appels-urgents.peuples-solidaires.org/appel-urgent/bangladesh-ranaplaza?constituent=0&canal=sitehome&utm_source=sitehome&utm_campaign=AU370)

[ii] Petition addressed to François Hollande, calling on him to support the parliamentary bill on multinational companies’ duty of care: 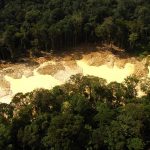