Auchan and deceptive business practices : NGOs appeal the decision to dismiss the case

Paris, 12 May 2022 – Investigating judge dismissed the case against Auchan, following a complaint for misleading business practices initiated by Sherpa, ActionAid and the Collectif Ethique sur l’étiquette. Our NGOs have decided to appeal this decision. We point out the impossibility of access to justice resulting from international judicial cooperation system inefficiency and advocate for an effective repression of fairwashing practices.

In 2013, labels of the retailer’s brand In Extenso were found in the rubble of Rana Plaza’s collapse in Bangladesh. Our NGOs filed a complaint on 24 April 2014, arguing that, in view of the working conditions at Rana Plaza, Auchan’s ethical commitments, by which it boasted of respecting workers’ rights throughout its value chain, constituted deceptive business practices.

After the dismissal of this first complaint, our organisations filed a new complaint with civil parties in 2015 following Sherpa’s investigation in Bangladesh, which provided evidence on working conditions and wages in several other factories of Auchan’s subcontractors.

During the judicial inquiry, an international letter rogatory was transmitted by the French investigating judge to the Bangladeshi authorities. While no investigation could be carried out in Bangladesh due to the lack of international judicial cooperation, and despite our request for a complementary investigation in France, which remained unsuccessful, the courts dismissed the case on 27 April, claiming a lack of evidence.

This decision also underlines the need for a legal framework that effectively sanctions fairwashing, as these corporate practices are intensifying.

For Sandra Cossart, Sherpa’s Executive Director, “This decision shows that it is still too difficult to access evidence of human rights violations in international value chains. It also demonstrates that deceptive business practices can’t be effectively sanctioned. It is urgent to sanction fairwashing just as in addition to unilateral CSR marketing declarations, the certification industry, via labels and audits, continues to develop at high speed, without regulation.”

For Nayla Ajaltouni, Director of Collectif Ethique sur l’étiquette: “This case, which has been going on for 8 years, highlights a systemic situation, the impunity that multinationals continue to benefit from in economic globalisation: their power is considerable but their liability tenuous. It is time to make them liable for the human rights violations they commit along their value chains and the European directive on due diligence, currently being discussed, should fill this gap.”

For Salma Lamqaddam, Campaigner at ActionAid France: “Despite marketing displays used by transnational corporations, and while accessing evidence regarding human rights violations remains extremely perilous, the reality of the working conditions of women workers of the textile industry is alarming. We will continue our work to ensure that justice moves forward until companies are truly obliged to align the image they promote to consumers to their practices within their value chains which hinder the dignity of the workers who dress us in France and all over the world.” 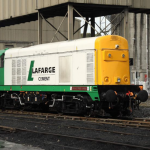