Important step in the « Lafarge in Syria » case: Nomination of three investigative judges

The association Sherpa and the European Center for Constitutional and Human Rights (ECCHR) welcome the nomination of three investigative judges by the Paris High Court (Tribunal de Grande Instance) – Charlotte Bilger and Renaud Van Ruymbeke, of the financial division, and David De Pas, of the anti-terrorism division – to address claims that include financing of terrorism and deliberate endangerment of people, leveled against the Franco-Swiss industrial group LafargeHolcim.

The judicial inquiry entrusted to these three experienced judges since last Friday, June 9, 2017, follows the complaint in which Sherpa, ECCHR, and a number of Syrian victims of the named violations are civil parties. The appointment of this group of prominent investigative judges is a positive indication that all the investigations necessary for the establishment of the truth will be conducted independently, and that all liabilities will be identified.

Sherpa indicates that its president, Maître William Bourdon, will soon be heard by the investigative judges (accompanied by his legal advisors, Maître Marie Dosé and Maître Jean-Christophe Ménard).

Maître Marie Dosé welcomes the appointment of these three investigative judges and “has no doubt that the legal proceedings against the cement company LafargeHolcim, which has chosen to expose its employees to the worst, and to negotiate with the Islamic State its continued operation in a conflict zone, will see them brought before a trial court.”

Wolfgang Kaleck, ECCHR General Secretary, adds: “Businesses that profit from armed conflict situations risk being guilty of grave crimes. The opening of the investigations in the Lafarge case in Syria is an important step towards showing that corporations are not beyond the law and must be held to account.” 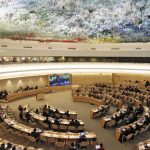 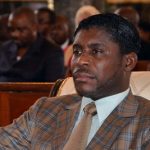 Next Story
Ill-Gotten Gains: The Trial of Teodoro Nguema Obiang, Son of the President of Equatorial Guinea, Finally Starts
↑
Close